Days Of Our Lives Spoilers: Abigail Gets On Princess Gina’s Bad Side – Will She Try To Kill Jennifer’s Daughter, Too? 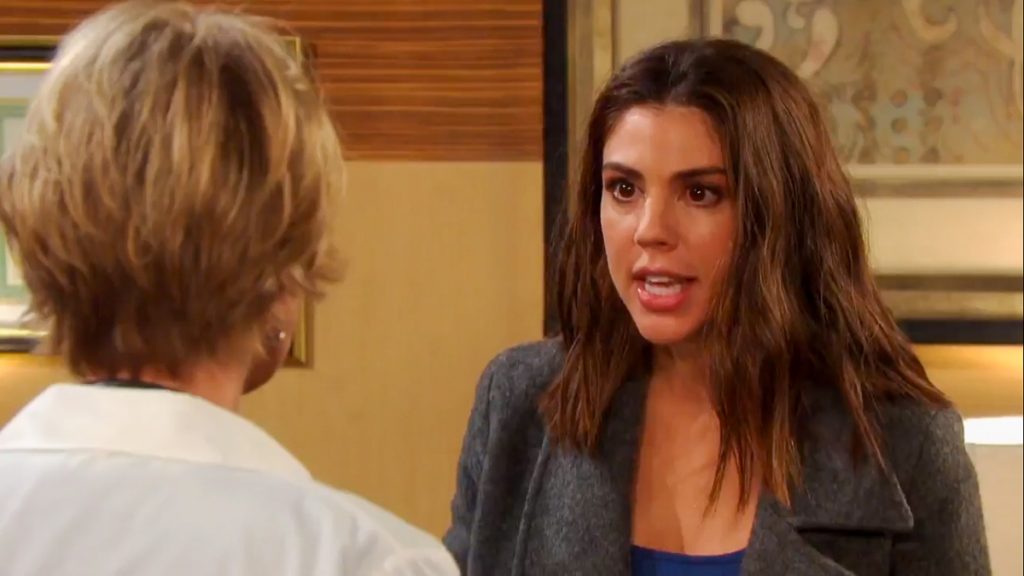 Days of Our Lives spoilers reveal Abigail DiMera (Kate Mansi) might get on Princess Gina’s (Kristian Alfonso) bad side. When the reporter gets too close to the truth, could the commissioner end up trying to kill her too? That is what some fans think is going to happen. Keep reading to get all the details on this storyline.

Days of Our Lives Spoilers – Princess Gina’s Reign of Terror

DOOL spoilers tease that ever since the transformation, Princess Gina has done some horrible things. This includes trying to murder Jennifer Horton (Melissa Reeves). What would stop her from trying to kill someone else?

Days of Our Lives spoilers reveal Abigail is going to try and find out the truth about her mother’s fall. However, she could end up making an enemy out of Princess Gina. Abigail ends up asking “Hope” some nosy questions, which won’t sit will with Princess Gina. Could she be so desperate to hold onto her secret that she might try to kill Abigail, too? That is what some fans are thinking.

DOOL Spoilers: Too Close to the Truth?

That’s the way this storyline seems to be heading. What will Abigail do when she stumbles onto the truth? We already know that at some point in the near future, Princess Gina plans on leaving Salem. However, is it because of the truth coming out about Jennifer’s fall? Or could it be due to her trying to kill yet another Salemite? She has attempted murder before, there is no reason why she won’t try to do it again.

Fans will have to keep watching the NBC soap opera to see how this storyline develops.

Eastenders Spoilers: Will Honey Get Help for Eating Disorder? Adam Not Her Only Setback