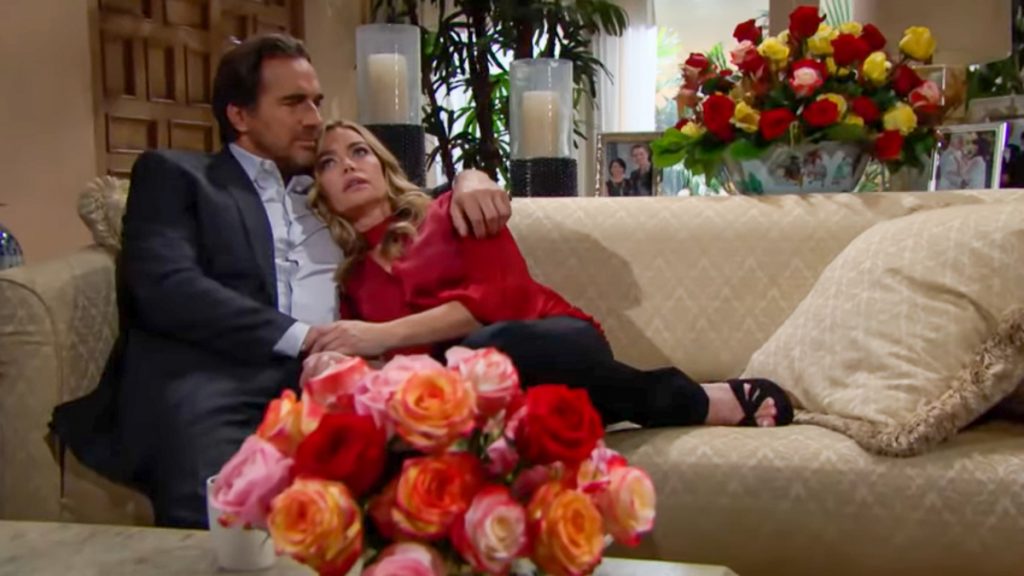 The Bold and the Beautiful spoilers for Tuesday, December 3, tease that Wyatt Spencer (Darin Brooks) will make a big declaration about his future. As B&B viewers know, he was talking with Sally Spectra (Courtney Hope) about their engagement and expressing his concern about how she hadn’t been pushing for a wedding date, when Sally suddenly called Wyatt by his brother Liam Spencer’s (Scott Clifton) name.

Now Wyatt is going to have some big questions for Sally, and he’ll probably want to know exactly how she feels about Liam. Of course, B&B viewers know that Sally and Liam shared a brief flirtation and a kiss a couple of years ago, but there has been nothing between them since. In fact, Sally’s slip was probably just a meaningless slip, but it seems that Wyatt won’t think so.

Bold & The Beautiful Spoilers – Will Wyatt Spencer Call Off His Engagement?

We have to remember that Wyatt was already feeling iffy about his engagement to Sally in the first place. He felt that Sally was holding back and that something was off. And B&B viewers know that he also has lingering feelings for Flo Fulton (Katrina Bowden), so he’s not completely innocent here. In fact, he might be so upset about Sally’s little blunder because he himself has unresolved feelings for Flo.

At any rate, B&B spoilers say that the whole situation will result in Wyatt making a big declaration about his future, which doesn’t sound good for him and Sally. Might he call off their engagement? B&B viewers will have to tune in to see!

Meanwhile, on Tuesday’s episode of B&B, Shauna Fulton (Denise Richards) will have some explaining to do. As B&B viewers know, she’s currently canoodling with Ridge Forrester (Thorsten Kaye) on the couch in the Forrester living room. It seems that she and Ridge will be there kissing when Quinn Forrester (Rena Sofer) comes along and witnesses the whole thing.

Ridge will then leave, and Quinn will pounce on Shauna, demanding information about what’s going on between her and Ridge. The last time Quinn and Shauna discussed the matter was well before Ridge walked out on his marriage to Brooke Forrester (Katherine Kelly Lang). Shauna will probably tell Quinn all about the “Bridge” breakup and about how she’s offered Ridge her full support.

Of course, Quinn might caution Shauna a bit about getting involved with Ridge, since he’s always been prone to going back to Brooke after dalliances with other women. But Shauna might point out that this time seems different – after all, it doesn’t seem like the problems between Ridge and Brooke are going anywhere. Thomas Forrester (Matthew Atkinson) is a permanent fixture in Ridge’s life and Brooke doesn’t seem to be anywhere close to forgiveness.

Finally, B&B spoilers indicate that Ridge will find himself daydreaming about Shauna after he leaves her. It seems that rather than being consumed with thoughts about his marriage ending, he’ll do a little reminiscing about his canoodling with Shauna on the couch. Of course, he and Shauna decided to take things slowly as far as intimacy was concerned, but that doesn’t mean that Ridge can’t do a little fantasizing. It looks like he’s certainly getting smitten with Shauna!