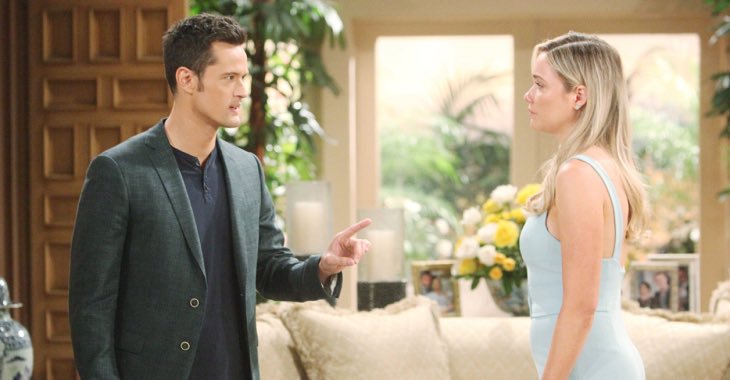 The Bold and the Beautiful (B&B) spoilers for Wednesday, September 18, tease that Flo Fulton (Katrina Bowden) will be shocked and mortified. As B&B viewers know, she’s just learned that her mother Shauna Fulton (Denise Richards) spent the night with Ridge Forrester (Thorsten Kaye). Shauna has professed that their evening was “wonderful,” which is seriously worrying Flo, who doesn’t want any more problems with the Forrester and the Logan families going forward.

Well, on Wednesday’s episode of B&B, Shauna will proceed to tell Flo all about her evening with Ridge – how she befriended him at Bikini Bar after they each fought with Brooke Forrester (Katherine Kelly Lang), and how she cared for him as he slept off all the whiskey he drank that night. Shauna will gush about how great the evening was and how grateful she is to Ridge for agreeing to the immunity deal that let Flo go free. 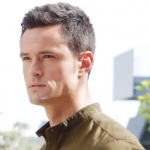 According to B&B spoilers, Flo will quickly realize that Shauna has burgeoning feelings for Ridge, which is something that will be quite disturbing to Flo. Flo knows that she and Shauna are the town pariahs right now, given how they kept the secret about Beth Spencer’s (River Davidson and Madeline Valdez) existence from Hope Logan (Annika Noelle) and Liam Spencer (Scott Clifton). And Flo won’t want anything to make the situation worse.

Flo knows that if Shauna is developing feelings for Ridge, then she’ll probably actively start to pursue him, and that will just cause further problems for them going forward. Flo will probably try to talk her mother out of pursuing Ridge…but will it be too late? It seems that Shauna is pretty smitten at this point!

Next, on the new episode of B&B, Ridge will weigh the possibility of telling Brooke about his evening with Shauna. As B&B viewers know, Ridge has just come home and made up with Brooke, but he hasn’t revealed to her that Shauna was a bit part of his evening away from the house. Now he’s about to divulge the truth…but will he?

Of course, nothing intimate happened between Ridge and Shauna, but still, Ridge is hesitant to tell Brooke that he was with another woman and that it was Shauna of all people. According to B&B spoilers, he’ll almost tell Brooke the truth but will stop short of doing so. He’ll probably figure that the news will only make the tension between them more intense and that since he and Shauna agreed to keep the night secret, there’s no harm in withholding the truth from Brooke.

But as B&B viewers know, Shauna is blabbing everything about the evening to Flo. That means that the secret has more chance of getting out. Plus, B&B viewers know that Danny the bartender (Keith Carlos) also knows that Ridge and Shauna spent the night together, and that’s something that he might blab about as well. There’s always the chance that the secret will get out and Brooke will find out about it – a situation that would be very bad for Ridge.