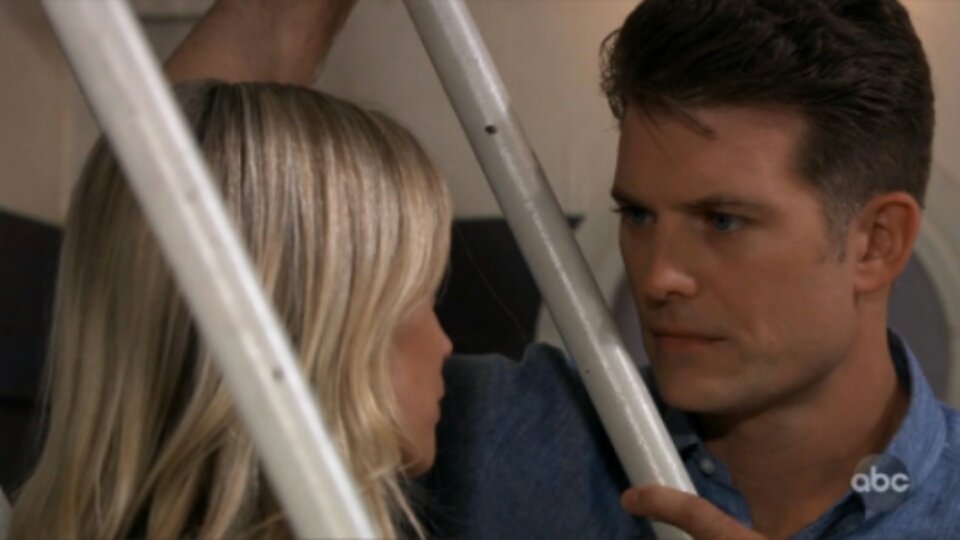 General Hospital (GH) spoilers tease that Wednesday, September 18 will be full of drama, questions, and confrontations for the viewers.

Dustin Phillips (Mark Lawson) sits in a restaurant and calls someone on his phone. He is more than likely calling Lulu Spencer (Emme Rylan) when he asks about getting together this weekend!

As General Hospital viewers will recall, things may have taken a turn for the serious between Dustin and Lulu and will probably continue to heat up rapidly between the two! At the very least, they’ve moved from acquaintances to friends to friends with benefits in only a few short weeks!

Of course, Lulu’s bestie, Maxie Jones (Kirsten Storms) wants an update on anything and everything that is happening and has happened between Lulu and Dustin, and tells Lulu to tell her everything!

General Hospital viewers have to wonder if Lulu will tell Maxie about her mother, Laura Collins (Genie Francis) and Curtis Ashford (Donnell Turner) walking in on them with their clothes off in bed on board the Haunted Star; that was kind of embarrassing for everyone! 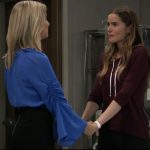 Elsewhere, Cameron Webber (William Lipton) and Josslyn Jacks (Eden McCoy) are catching up, as Cameron tells her he finally got what he wanted. Viewers will have to tune in tomorrow to see exactly what he means, but whatever he got seems to have made him very happy and satisfied!

Josslyn, meanwhile, looks a little glum, probably wishing she could have gotten what she wanted – Oscar Nero Quartermaine, (Garren Lake Stitt) healed from his deadly brain tumor! Unfortunately, it didn’t work out that way!

Now Elizabeth has gone to Kim Nero’s apartment after Detective Harrison Chase (Josh Swickard) told her she could find Franco there. Elizabeth tells Kim, who stands in her doorway but doesn’t let her in, that they need to talk.

Kim tells Elizabeth that she doesn’t think Elizabeth wants to do this right now! GH viewers will recall that “Frankendrew” and Kim had just crossed the line and had sex in Tuesday’s episode and Liz arrived at the door right afterward!

General Hospital Spoilers – Peter August’s Up To No Good

At the docks, Peter August (Wes Ramsey) talks to an unnamed goon holding a manila envelope and tells him that something’s too risky, and they’ll have to find another way.

Peter is likely talking to the goon who stabbed Andre Maddox (Anthony Montgomery) and brainstorming with him to find a way for him to finish Andre off that’s not so risky.

At Pentonville Prison, Shiloh Archer (Coby Ryan McLaughlin) makes a call from the prison payphone, telling the person on the other end that he has some important information for them.

At the Metro Court, Jason Morgan (Steve Burton) sits at a table with Sonny Corinthos (Maurice Benard) talking about the latest developments. Jason has an update, but it sounds like a clue that he needs to follow up on as he tells him he doesn’t know what it means, but he’s going to find out!