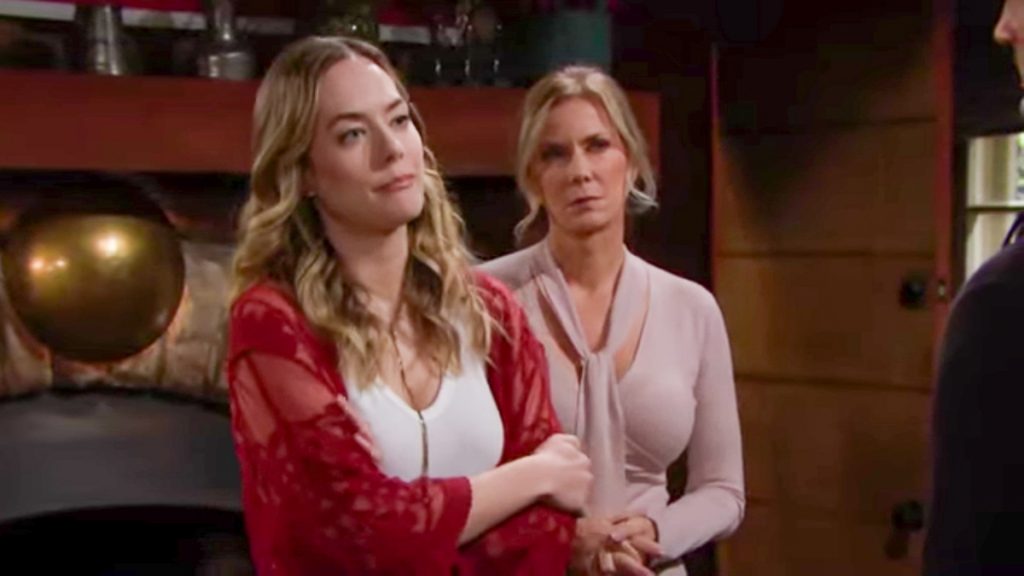 The Bold and the Beautiful spoilers for Wednesday, October 23, tease that Ridge Forrester (Thorsten Kaye) will visit with his daughter Steffy Forrester (Jacqueline MacInnes Wood). As B&B viewers know, Ridge has been doing his best to support Steffy as she adjusts to life without Beth Spencer (River Davidson and Madeline Valdez). She’s been hanging in there, but now Ridge wants her to forgive her brother Thomas Forrester (Matthew Atkinson).

It looks like Ridge will drop by Steffy’s house with the goal of making a pitch for her to come around and re-accept Thomas back into her life. But that will probably be a tough sell after the way that Thomas lied about “Phoebe Forrester” being Beth for so long. Steffy just can’t fathom how Thomas could have perpetrated such a lie and allowed her to continue bonding with a child that he knew wasn’t hers.

At any rate, Ridge will talk with Steffy, and it seems that during their discussion, the issue of Thomas’ relationship with Douglas Forrester (Henry Joseph Samiri) will come up. It looks like Steffy may share the argument that she recently had with Hope Logan (Annika Noelle), during which Hope let it be known that she intended to raise Douglas with Liam Spencer (Scott Clifton). That struck a nerve with Steffy, since Hope isn’t at all related to Douglas.

Steffy may let Ridge know about Hope’s plan to raise Douglas, because B&B spoilers indicate that Ridge will assure Steffy that Douglas is going to stay with Thomas, period. Of course, that’s what Ridge foresees now, but he’ll be completely unaware of what’s going on back at Hope’s cabin, where Hope and Brooke Forrester (Katherine Kelly Lang) are trying to convince Thomas to give up all his parental rights to Douglas.

As B&B viewers know, Brooke unleashed papers onto Thomas that would start the adoption proceedings of Douglas to Hope and Liam. That included a termination-of-parental-rights form that she heavily pressured Thomas to sign. Then Hope got involved in the discussion and made a big pitch to Thomas about why he should sign the papers and allow her and Liam to raise Douglas.

On Wednesday’s B&B episode, Hope will continue her pitch to Thomas about becoming Douglas’ adopted mom, but viewers shouldn’t expect Thomas to just roll over and sign the papers. As B&B viewers know, Thomas has no intention of giving up his son, and he especially has no intention of allowing the Logans to take custody of him, either. Thomas has been on an anti-Logan tear lately, and there’s just no way he’ll agree to their terms.

Ongoing B&B spoilers indicate that Ridge will soon learn about the plot to wrangle control of Douglas away from Thomas, and from there things will get dicey. Thomas will no doubt tell his father all about how Brooke had legal documents drawn up to coerce Thomas into giving up custody of his own son, and Ridge will not be amused. Look for a major family battle in the days to come.