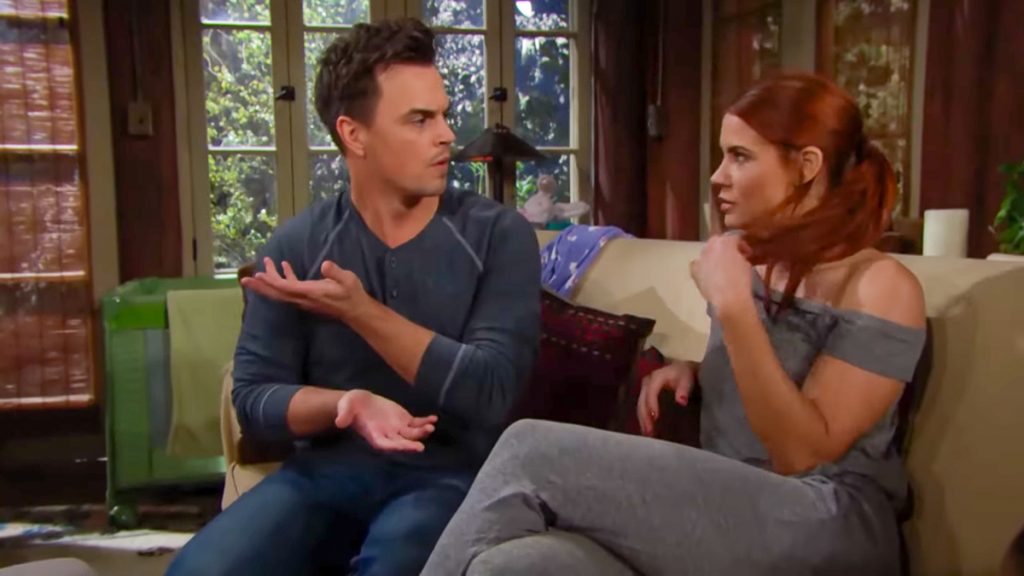 The Bold and the Beautiful spoilers for Tuesday, October 15, tease that Wyatt Spencer (Darin Brooks) will learn some interesting news. As B&B viewers know, Katie Logan (Heather Tom) and her family have just learned that her kidney donor was Flo Fulton (Katrina Bowden).

Of course, that news came as a big shock, and it took some time for everyone to process the reality of the situation. Flo was persona non grata in the family after what she did to Hope Logan (Annika Noelle), and nobody wanted anything to do with her.

Well, it seems that the information about Flo being Katie’s donor will spread quickly, and Wyatt will soon hear the news. According to B&B spoilers, Wyatt will want to personally thank Flo for her gift to Katie, so he’ll head to Flo’s apartment where she’ll be convalescing. It will be a surprise visit, and Flo will probably be floored to see Wyatt show up at her door.

According to B&B spoilers, Wyatt will express his sincere gratitude to Flo. B&B viewers will remember that Katie is very special to Wyatt. Katie is currently with Wyatt’s dad, Bill Spencer (Don Diamont), but Wyatt and Katie used to date as well. Wyatt will know that without Flo’s willingness to get tested and be a donor, that Katie would likely have died. 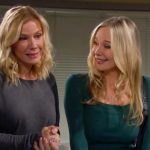 It will be interesting to see what Wyatt’s visit will do to his relationship with Sally Spectra (Courtney Hope), and whether it will renew Flo’s feelings that she might be able to reconcile with Wyatt. Of course, the chances of reconciliation at this point are probably slim, given that Wyatt is now engaged to Sally, but still Flo might have hope stemming from the visit.

Next, on Tuesday’s episode of B&B, Thomas Forrester (Matthew Atkinson) will get involved in an argument between Brooke Forrester (Katherine Kelly Lang) and Ridge Forrester (Thorsten Kaye). As B&B viewers know, Thomas has been manipulating and lying for months, and now he’s scheming to break up Ridge and Brooke’s marriage.

Thomas doesn’t like it that Brooke feels that she, as “a Logan,” can call the shots when it comes to the Forrester family. He feels that the family business is his legacy, and so he’ll be particularly interested when he hears Brooke and Ridge arguing over his place in the company. It will probably outrage him that Brooke thinks that she has a say in what his role in Forrester Creations is.

It appears that Thomas will get sneaky, as B&B indicate that he’ll intervene in the argument and pretend to be sorry for the wrongs he’s inflicted on Brooke’s family in the past. It will probably be a move designed to manipulate his father into thinking that he’s changed and that he deserves to come back to the company as a designer. We’ll see if his feigned regret has the desired effect.

At any rate, it seems that Thomas is going to really push to get back into the walls of Forrester Creations, and he knows that he needs his dad’s approval to do so. Thomas wants to reclaim what he believes is rightfully his, and he’s not above doing a little manipulating to get there.