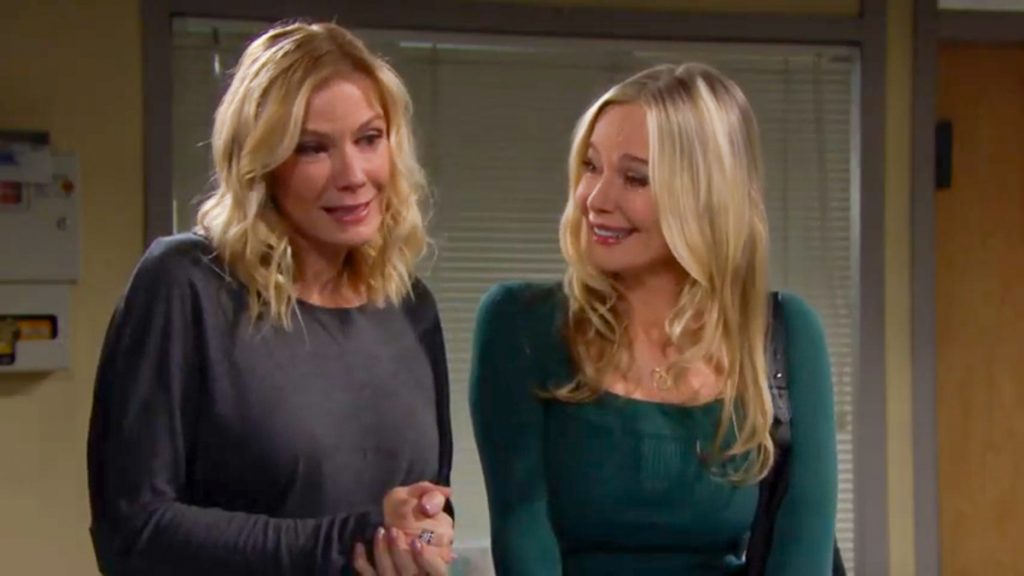 The Bold and the Beautiful (B&B) spoilers tease that the war between Thomas Forrester (Matthew Atkinson) and Brooke Logan Forrester (Katherine Kelly Lang) intensifies. Expect the troubled young man to face a new threat – his job at Forrester Creations. Atkinson discussed the storyline and hinted what to expect next.

In the latest issue of Soap Opera Digest, Matthew Atkinson discussed Thomas’ next battle. Brooke has taken things in a new direction. Determined to get rid of Ridge Forrester’s (Thorsten Kaye) son, Thomas fights to keep his job.

“… this is Forrester Creations. That’s the name that’s on the door. It’s not ‘Logan,’ and Thomas is getting a little tired of Brooke calling all the shots.”

Not only is Thomas trying to keep his job, but he will also get involved in a fight for his son. Brooke told Ridge that before returning to their home, he better have the guardianship papers signed. It’s clear that in the upcoming week, Thomas will find out the plan to take Douglas Forrester (Henry Joseph Samiri) away.

The Bold and the Beautiful spoilers reveal that Thomas won’t have to fight Brooke alone. Shauna Fulton (Denise Richards) has accepted the offer to join forces. Although their motivations are different, the two have one common goal — to divide “Bridge.”

B&B spoilers suggest that Thomas and Shauna might get another victory. Ridge and Brooke are living apart, but the two still love each other. However, Shauna is going to tell Ridge she kissed him the night he passed out. He will also discover that Thomas knows about the scandalous smooch.

It is hinted that there will be one more small celebration. While Brooke wants Thomas out of Forrester Creations, it is unlikely that Ridge will agree to that. In fact, the two end up getting into a fight about it. While the end result is not revealed, Atkinson hinted Thomas could get a win.

“… considering the increased tension between his father and Brooke, things seem to be going in their favor.”