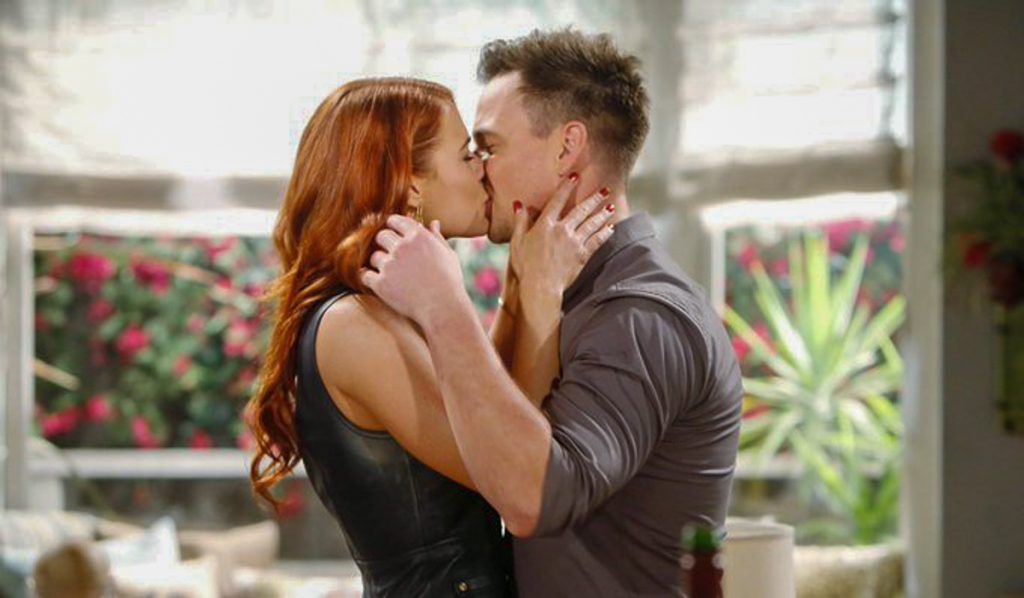 The Bold and the Beautiful spoilers reveal that Sally Spectra (Courtney Hope) makes a mistake with Wyatt Spencer (Darin Brooks). Her huge faux pas isn’t appreciated by her fiance. Could it be about Flo Fulton (Katrina Bowden) and could it affect the couple’s future?

B&B spoilers indicate that Wyatt is still torn between two women. Although engaged to Sally, he still has feelings for his ex, Flo. He has to make a decision on whether to stay in his current relationship or to rekindle an old romance. So far, he hasn’t made his choice, but that day is coming soon.

It is revealed that Wyatt and Sally are making wedding plans. At one point during the discussion, Sally makes a huge faux pas. The details have not been released, but could it have to do with Wyatt’s former flame?

The Bold and the Beautiful spoilers confirm that Flo has been redeemed after donating a kidney to Katie Logan (Heather Tom). Once Liam Spencer (Scott Clifton) told Wyatt about the generous gift, Wyatt went to see Flo. The two talked and it was clear that he was in awe of what she had done, despite the fact that the Logan family wanted nothing to do with her.

It seems that Sally’s statement could hit a nerve with Wyatt. He doesn’t want to hear anything negative, especially about Flo. It could create an argument between the engaged couple. Could this be the beginning of the end for them? Is it possible that Wyatt will go running back to Flo after Sally says too much? If that happens, than it just proves that his heart already made a choice between the two warring women.

Which woman do you think will get Wyatt’s heart in the end? Should Sally be more careful about what she says? Will Flo end up getting back the man of her dreams after all? Fans will have to keep watching to see how this storyline plays out.