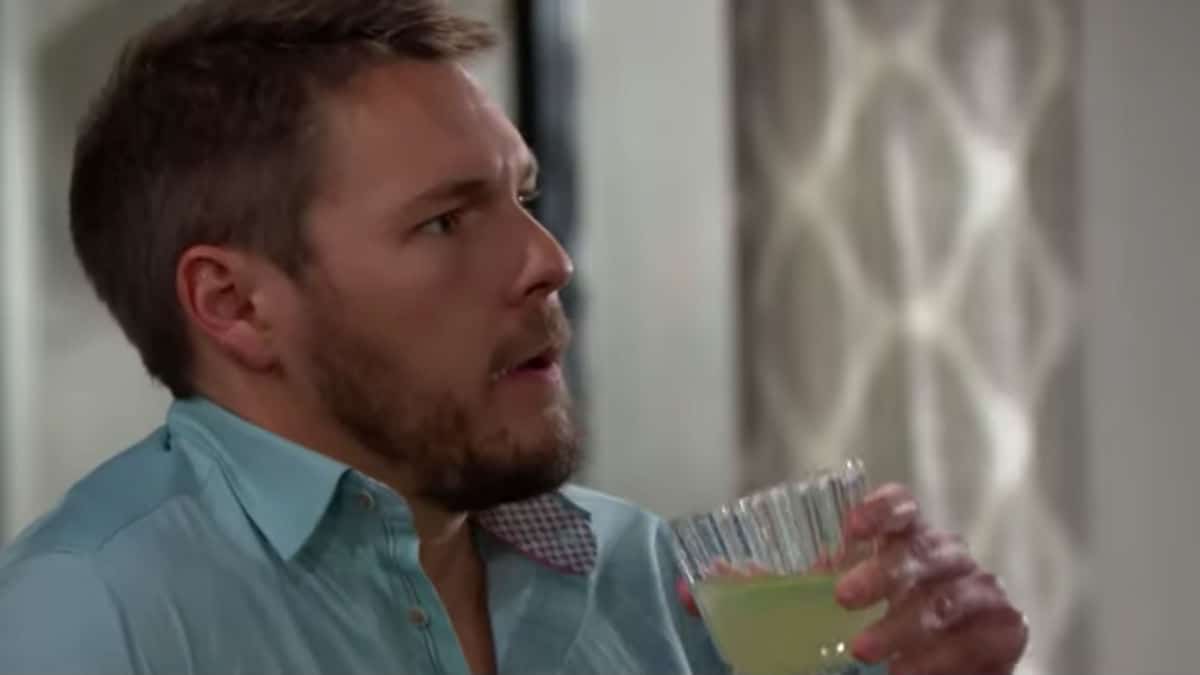 The Bold and the Beautiful spoilers for Tuesday, August 27, tease that Liam Spencer (Scott Clifton) will have a harsh truth to lay on Hope Logan (Annika Noelle). As B&B viewers know, Hope was in total shock over what transpired on the cliff with Thomas Forrester (Matthew Atkinson) and Brooke Forrester (Katherine Kelly Lang). She knows that her mother is probably in some serious trouble since she was the one who pushed Thomas before he fell over the cliff.

According to B&B spoilers, Hope will be feeling worried about Thomas, and about her mother, who will surely be facing some serious questions from Detective Alex Sanchez (Jeremy Ray Valdez) sooner or later. Hope certainly isn’t anywhere near forgiveness towards Thomas, but she may be feeling some compassion toward him, given his grave condition.

Liam Spencer (Scott Clifton) will be there to comfort Hope, and he’ll also have his own take on who’s to blame for Thomas’ current condition. According to B&B spoilers, he’ll place the blame squarely on Thomas, and not Brooke, for Thomas’ fall. He’ll probably argue that Thomas brought on the fall himself, by tracking down Hope at the cliff house and then getting physical with both Hope and Brooke.

At any rate, Liam isn’t going to have any sympathy for Thomas after all of the things that he’s done, and especially since he was literally going after Hope when the accident occurred. From Liam’s perspective, this was just another one of Thomas’ underhanded actions, and this time it resulted in something bad happening to him rather than someone else.

Meanwhile, on Tuesday’s new episode of B&B, Ridge Forrester (Thorsten Kaye) will continue to give Brooke a hard time about her actions on the cliff. As B&B viewers know, Brooke has tried to comfort Ridge over “the accident” and finally, Ridge couldn’t take it anymore and called Brooke out on pushing Thomas. He clearly doesn’t see the incident as being an “accident,” and on Tuesday Ridge will continue to accuse Brooke.

Of course, from Brooke’s standpoint, she pushed Thomas but never intended for him to fall over the cliff. She’ll likely try to explain herself to Ridge and get him to understand what happened. The only problem here is that Ridge actually saw the push, but he didn’t see everything that led up to the push, which was Thomas getting physical with both Brooke and Hope.

The Bold And The Beautiful Spoilers: Thomas Life Hangs In The Balance — His Road To Redemption Begins #BB #BoldandBeautiful https://t.co/tzTpCzjioX

Look for Brooke and Ridge to seriously disagree on what went down on the cliff, and for this to be the start of some serious marital difficulties between the two. Of course, B&B viewers know that their marriage was already strained due to Brooke’s deep-seated animosity toward Thomas, and now that Thomas is in grave condition, it looks like the rift between the couple will only deepen.