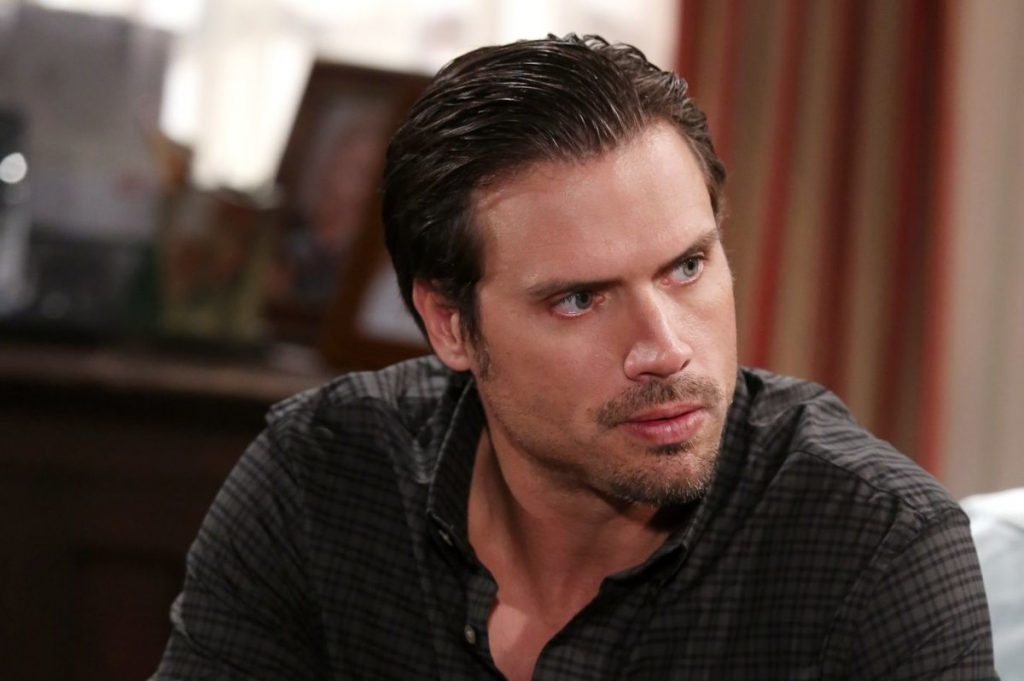 The Young and the Restless spoilers for Tuesday, August 27, tease that Nick Newman (Joshua Morrow) will prepare for his court date regarding Christian Newman’s (Alex Wilson) custody. He’ll chat with Chelsea Lawson (Melissa Claire Egan) and remark that the judge should have no reason not to sign off on the petition. Summer Newman (Hunter King) and Brittany Hodges (Lauren Woodland) will arrive, and Brittany will tell everyone to be on their best behavior in court.

Next on Y&R, Chelsea will see Adam Newman (Mark Grossman) at Crimson Lights and tell him that he should get to the hearing, but he’ll say that he’s done his part. At the courthouse, the judge will be seriously put off by Adam’s no-show and will say that all parties have to be present for the hearing. Brittany will attempt to get the judge to move forward with the hearing, but he will insist on talking to Adam.

Summer will then get a call from Chelsea saying Adam won’t be attending the hearing. An argument will then ensue between the judge, Brittany, Nick, and Summer, to the point where Summer almost gets tagged for contempt of court. Nick will send Summer out of the room, then will insist on being heard by the judge. He’ll tell the judge about how he’s been living a nightmare without his son, and that Adam woke up and did the right thing.

Nick will go on to say that keeping him from Christian over a technicality is wrong and cruel, which the judge won’t appreciate. Nick will apologize and go on with his plea to the judge. He’ll get quite emotional as he speaks of his son, and he’ll ultimately beg the judge to let his boy come back home.

Meanwhile, at Crimson Lights, Chelsea will talk with Adam. She’ll come to the realization that it was too difficult for Adam to attend the hearing because he genuinely wants Christian to be a part of his life. But Adam will say she’s wrong and that Christian was merely a means to an end before walking out.

The Young And The Restless Rumors: Will Chelsea Con Abby?

Next on Y&R, Kyle Abbott (Michael Mealor) and Lola Abbott (Sasha Calle) will arrive home from their honeymoon. Kyle will carry Lola over the threshold, and Lola will be surprised by what she sees – Kyle will have arranged for new furniture to replace Rey Rosales’ (Jordi Vilasuso) old furniture. Lola will marvel at the furniture, and she’ll thank Kyle for what he did. Lola will then say that she needs a couple hours to herself and that she’s planning a surprise, so Kyle will leave.

Next on Y&R, at Society, Theo Vanderway (Tyler Johnson) will talk with Mariah Copeland (Camryn Grimes). He’ll ask for a do-over, and he’ll think that if they can find a way to work together, they could both financially benefit. He’ll pitch how they could work together, and she’ll agree to give it a try with two of his clients who have potential. She’ll pick two clients of his, and since they’re based in Chicago, Theo will leave for the Windy City.

Later, in Chancellor Park, Theo will be on the phone with Zoe Hardisty (Anna Grace Barlow) when Kyle comes along. After the call, Kyle will tell Theo to leave Zoe alone, but Theo will say that he’s inviting her to an opening. Kyle will tell Theo to drop this game. Summer will come along as Theo leaves, and she’ll tell Kyle that she knows about Zoe but that she’ll keep quiet about it. Kyle will say that he’s not telling Lola about Zoe, and Summer warns him that things could be bad if he doesn’t.

Back at Society, Theo will introduce the two influencer clients to Mariah, who will joke with them that Theo is using them and that they should get out while they can. Theo will decide that shots are in order, and they’ll down tequila as they hold their meeting. Summer and Tessa Porter (Cait Fairbanks) will then arrive and be shocked to see Theo and Mariah doing shots together.

Theo will then leave with Summer, and Tessa will express her surprise at the scene to Mariah. Mariah will say that she’s got Theo right where she wants him, and outside Theo will tell summer that he has Mariah right where he wants her.

Back at Kyle and Lola’s apartment, Kyle will return to find that Lola has a little setup going – beer, snacks, and baseball games. Kyle will tell her that he bumped into Theo but won’t want to ruin their afternoon by talking about it. They’ll enjoy their time together, which will culminate in Kyle carrying Lola to the shower.

In Chancellor Park, Adam will hang out with Connor Newman (Judah Mackey) and Chelsea. Adam will be grateful to Chelsea for letting him spend time with his son. Chelsea will say that she knows how much losing Christian has cost him, and Adam will promise her that the regretful parts of his life won’t affect Connor. Chelsea will say that she believes there is still good in him, and she’ll return his mother’s handkerchief to him, saying that someday he can give it to Connor’s wife. Adam and Chelsea will embrace, not knowing that Billy Abbott (Jason Thompson), who is chewing gum, is watching them.

Finally, on Tuesday’s new episode of Y&R, Nick will tell Christian that he’s coming home with him for good.