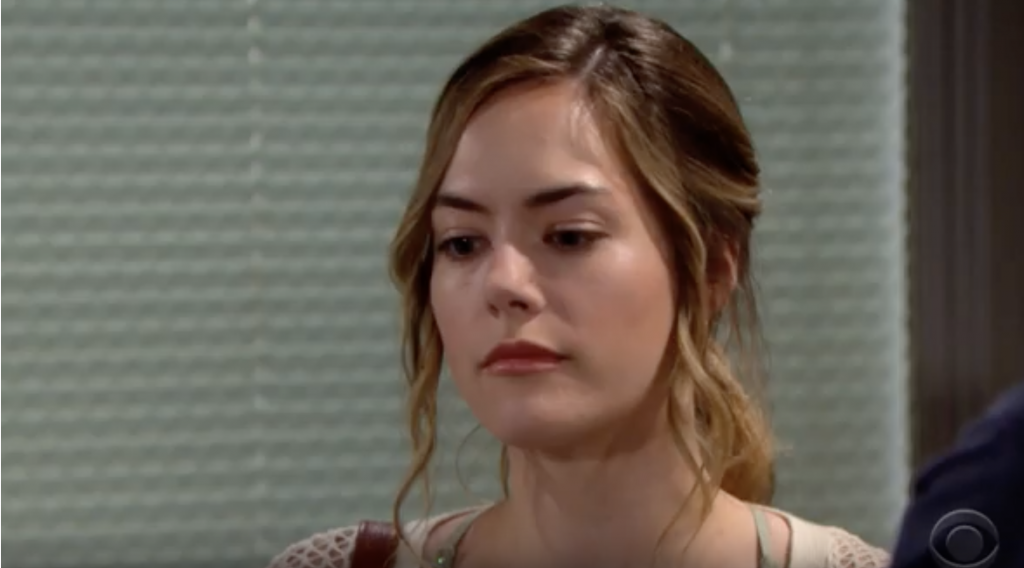 The Bold and the Beautiful (B&B) spoilers for the week of Monday, August 26 through Friday, August 30, 2019 reveal tragedy is going to play a huge role in this coming week; something that causes even deeper rifts than those that already existed.

B&B sources tease that Brooke Logan Forrester (Katherine Kelly Lang) attempts to deal with the fallout of her stepson, Thomas Forrester (Matthew Atkinson) falling off the cliff. He remains in a coma and no one is certain whether he will ever wake up; but there is more than enough people placing blame on others. Ridge Forrester (Thorsten Kaye) has no qualms about hurling dangerous and sad accusations at his wife, Brooke, in utter shock on how Brooke explains the situation and how Thomas is to blame. Will their marriage survive the trauma Thomas has caused Hope Logan (Annika Noelle)?

Bill Spencer (Don Diamont) is less than thrilled with the role Florence “Flo” Fulton (Katrina Bowden) had in the baby swapping and promises that she will pay for everything she did; especially keeping his granddaughter, Beth away from her parents Hope and Liam Spencer (Scott Clifton), never mind how she toyed with Bill’s other son, Wyatt Spencer’s (Darin Brooks) life as well!

The Bold and the Beautiful spoilers show that Hope feels beyond guilty for what happened with Thomas and everyone, including her beloved Liam Spencer continue to reassure her that Thomas is responsible for his own actions. Something the kindhearted woman, wife and mother struggles with. Ridge will be in a full on rage when he finds Liam in Thomas’ room, freaking out on the man that has caused him and his family so much trouble.

In other B&B spoilers, Shauna Fulton (Denise Richards) is devastated to see the full magnitude of what Flo has done when she goes to see her daughter in jail. Shauna turns to the only friend she knows in Los Angeles, Asking Quinn Fuller Forrester (Rena Sofer) to help her get her daughter out of jai; but will Quinn be so willing to help Flo after what she had done to Liam and Hope, or even worse; what she’s done to her beloved son, Wyatt especially since Quinn was so determined to have Flo replace Sally Spectra (Courtney Hope) in Wyatt’s life?

Be sure to tune into CBS’ The Bold and the Beautiful (B&B) on Monday, August 26, 2019 to catch up on all these exciting stories and so much more. Check Celebrating the Soaps often for updates, news, rumors and spoilers!

The Young and the Restless Weekly Spoilers August 26 to 30: Adam and Phyllis Versus the Newmans, Chelsea Receives A Shock