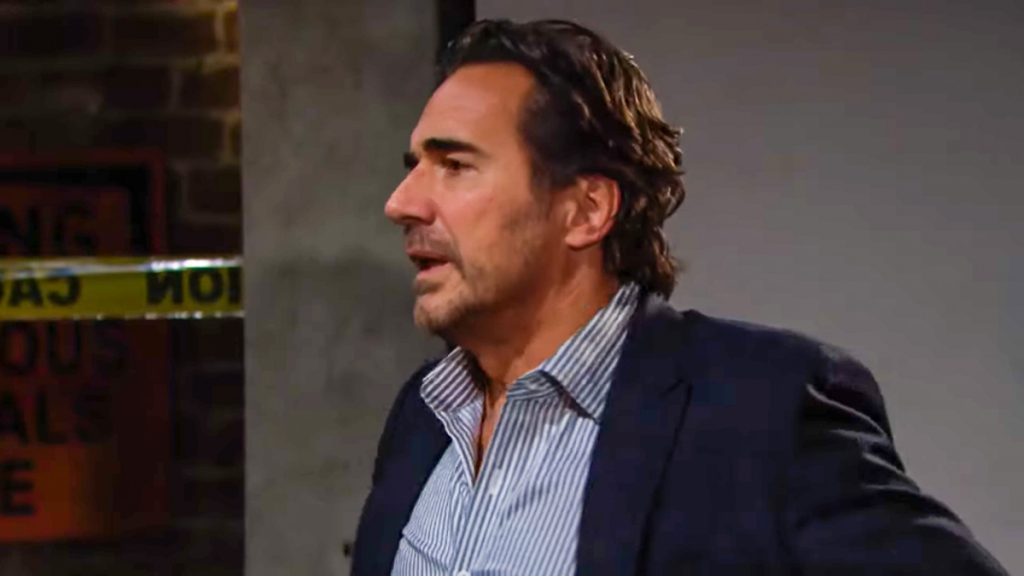 The Bold and the Beautiful spoilers for Thursday, November 7, tease that Ridge Forrester (Thorsten Kaye) will get some much-needed emotional support from Shauna Fulton (Denise Richards). As B&B viewers know, Ridge has been having a tough time lately, since he’s been estranged from Brooke Forrester (Katherine Kelly Lang). Brooke recently took off her wedding rings in protest over Thomas Forrester’s (Matthew Atkinson) reunion with his son Douglas Forrester (Henry Jospeh Samiri), and things haven’t been the same since.

Well, on Thursday’s B&B episode, Ridge and Shauna will sit down for drinks and Ridge will open up about some of his feelings. Of course, Shauna is deeply attracted to Ridge and would like to embark on a relationship with him, but she knows that he’s in a delicate place right now, so for now she’ll just listen and be the best friend to him that she can be.

According to B&B spoilers, Ridge will discuss his feelings toward Brooke and toward Shauna, so Shauna might get some insight on exactly how Ridge feels toward her. He’ll also open up about his family and the issues they’re having as well, which could include the ongoing tension between Steffy Forrester (Jacqueline MacInnes Wood) and Thomas.

Meanwhile, on Thursday’s new episode of B&B, Hope Logan (Annika Noelle) will get an idea of exactly what Thomas wants in exchange for allowing her to become Douglas’ adoptive mother. As B&B viewers know, Hope has just arrived at the CEO Office at Forrester Creations to meet Douglas and Thomas for a family evening. She found them both there along with a romantic dinner setup, complete with candles.

Of course, B&B viewers know that Thomas made sure that Hope brought the adoption paperwork with her to their evening together, which gave Hope the idea that Thomas had the intention of signing the paperwork. But according to B&B spoilers, Thomas will have some demands of her in return for signing the papers. Previously, Thomas demanded that Hope sleep with him in exchange for custody of Douglas, but it seems that his demands may have changed.

We’ll see exactly what Thomas demands, but given that Douglas is going to be a part of their evening, it looks like having sex might not be on Thomas’ mind. But whatever he demands of Hope will play on her vulnerability, and it looks like she’ll find herself in a real dilemma over what to do.

Of course, B&B viewers know that Hope’s grand plan here is to score joint custody of Douglas by becoming his adoptive mother, then later to petition the court for full custody of Douglas. She believes that everything she’s doing is for Douglas’ sake, so we’ll see just how far she’s willing to go in order to get what she wants.

We should also note that there seems to be a dangerous situation brewing at Forrester Creations, since there’s an open vat of hydrochloric acid that’s being used to clean the washing machine elements in the industrial area of the building. We’ll see how that plays into the drama that starts to unfold on Thursday’s episode, but it certainly looks like things will get dangerous for Hope, Douglas, and Thomas very soon.