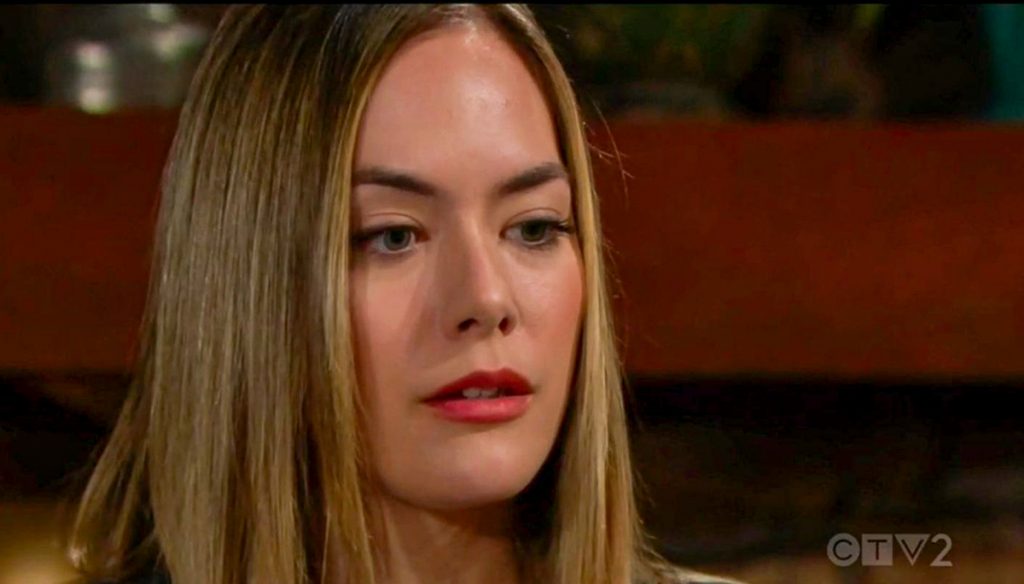 The Bold and the Beautiful spoilers for Wednesday, November 6, tease that Steffy Forrester (Jacqueline MacInnes Wood) will do her best to discourage Thomas Forrester (Matthew Atkinson) from signing Hope Logan’s (Annika Noelle) adoption papers. As B&B viewers know, Hope wants Thomas to allow her to adopt Douglas Forrester (Henry Joseph Samiri) and become his mother. That would give Hope joint custody of Douglas and a partial say in what happens to the little boy going forward.

Well, according to B&B spoilers, Steffy will think that this is a terrible idea. Steffy has seen first-hand how obsessed Hope has become with being Douglas’ mother, and she doesn’t think that it’s healthy at all. B&B viewers will remember that Hope and Steffy recently had a huge argument where Hope insisted that Douglas was going to become a part of her family with Liam Spencer (Scott Clifton) and Beth Spencer (River Davidson and Madeline Valdez).

The whole idea of Hope taking Douglas away from Thomas really rubbed Steffy the wrong way, and Steffy just isn’t going to buy it that suddenly Hope wants to co-parent Douglas with Thomas. It looks like Steffy will be skeptical of Hope’s motives and will wonder whether Hope’s got ulterior motives in mind.

Of course, as B&B viewers know, Hope indeed has a devious plan in the works. As she has told Brooke Forrester (Katherine Kelly Lang), her objective is to first get joint custody of Douglas, then petition the court for full and sole legal custody of the little boy, claiming that Thomas is an unfit father. And to make it all work, she’s been trying to lead Thomas into thinking that there could be a future for them.

At any rate, Steffy will make her thoughts on the matter known to Thomas. She’ll probably let him know that giving Hope any shred of custody of Douglas will have lasting ramifications that he may not even be able to fathom now. Plus, she might appeal to Thomas’s “anti-Logan” sentiments and remind him that he’d be forking over control of his son to a Logan, which is something he may not want to do.

Next, on Wednesday’s new episode of B&B, Hope will walk into a big setup. According to B&B spoilers, Thomas and Douglas will arrange for a romantic setup at Forrester Creations – probably complete with flowers, dinner, etc. Apparently, Hope will think that she’s coming to Forrester to meet Thomas and discuss Douglas’ future. Thomas will have told Hope to bring the adoption papers with her, so she’ll have hope that she might get what she wants.

But then Hope will walk into the romantic setting and Douglas will be present as well as Thomas. This will probably throw Hope for a loop, and B&B spoilers indicate that she’ll be surprised. She’ll also learn that Thomas has some demands of his own that need to be fulfilled before he’s willing to sign over joint custody of Douglas to her.

It looks like some big events will unfold over the next couple of episodes – events that will be set up on Wednesday’s episode starting with Hope’s arrival to the romantic setup at Forrester. B&B spoilers say that danger is looming, so B&B viewers won’t want to miss any of the action as the rest of the week unfolds.