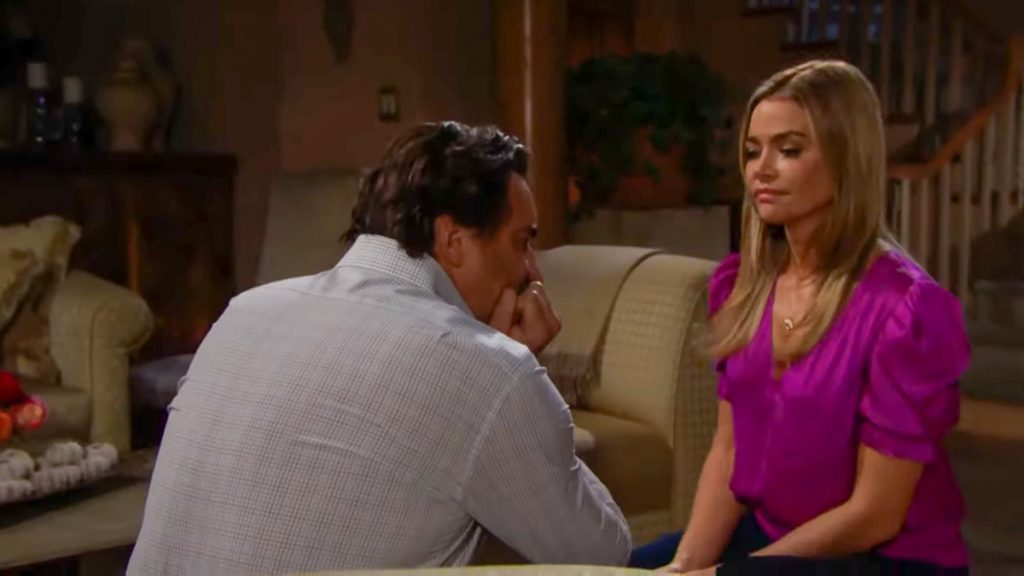 The Bold and the Beautiful spoilers for Thursday, November 21, tease that things are getting exciting on the CBS drama. But before we get to that, we have a programming note to pass along. There are impeachment hearings scheduled for Thursday, so there’s a chance that Thursday’s episode will be pre-empted. But in the event the show airs on Wednesday, here’s what you can expect.

First off, Hope Logan (Annika Noelle) is going to have some questions for Thomas Forrester (Matthew Atkinson). As B&B viewers know, she was shocked and quite relieved when Thomas showed up in her room. She rushed right into his arms and was overjoyed to see him alive and well. Now Thomas will have some explaining to do about where he’s been for the past 24 hours and why he’s chosen to return by sneaking into Hope’s room.

The Bold and the Beautiful spoilers say that Thomas will have a point to prove. Perhaps by returning, he’s hoping that Hope will come to see that he does mean something to her. Of course, Hope doesn’t love Thomas since her heart is with Liam Spencer (Scott Clifton), but Thomas might hope that she’ll abandon any idea of taking Douglas Forrester (Henry Joseph Samiri) away from him.

B&B Spoilers – Brooke Forrester Is In For Trouble

Given that ongoing B&B spoilers say that Hope and Thomas will soon tell Douglas that Hope is officially his new mother, it looks like they might be on the verge of having a better relationship. But the same won’t be able to be said for Thomas’ relationship with Brooke Forrester (Katherine Kelly Lang). Perhaps the point he wants to prove has to do with her instead.

As B&B viewers know, Brooke tried to urge Hope to cover up Thomas’ death and conceal what happened from Ridge Forrester (Thorsten Kaye) and Steffy Forrester (Jacqueline MacInnes Wood). But Hope refused to do so and was determined to tell Ridge and Steffy the truth, even though it might have meant that she’d go to jail. Thomas might have overheard Brooke’s sneaky plan and have it in for her.

Bold and the Beautiful Spoilers: Ridge Horrified By Brooke's Lies About Thomas -Bridge Is Over @celebratesoaps https://t.co/X55ouar9qM

Bold & The Beautiful Spoilers – Ridge Forrester Gets Some Support

Next, on Thursday’s new episode of B&B, Shauna Fulton (Denise Richards) will spend some time with Ridge. It looks like Ridge will still be reeling about Thomas’ disturbing behavior. He was quite upset to learn that Thomas had chased Hope all over Forrester Creations while Douglas was in a room by himself. He blames himself for Thomas’ troubles and has really been feeling down lately.

Well, according to B&B spoilers, Shauna will lend her support to Ridge as he laments about Thomas and what’s going on in his family. It looks like Shauna will listen supportively and offer Ridge some words of comfort. She’ll probably note that Ridge has been a great father, and that he can’t judge himself by what his grown son chooses to do.

The Bold and the Beautiful viewers can also expect to see a little flirting between Shauna and Ridge, since these two seem to get along so well. Shauna would like nothing more than to embark on a relationship with Ridge, but she wants to respect his marriage, so she’s been trying to hold back. It looks like once again she’ll be able to be there for Ridge when Brooke can’t be.