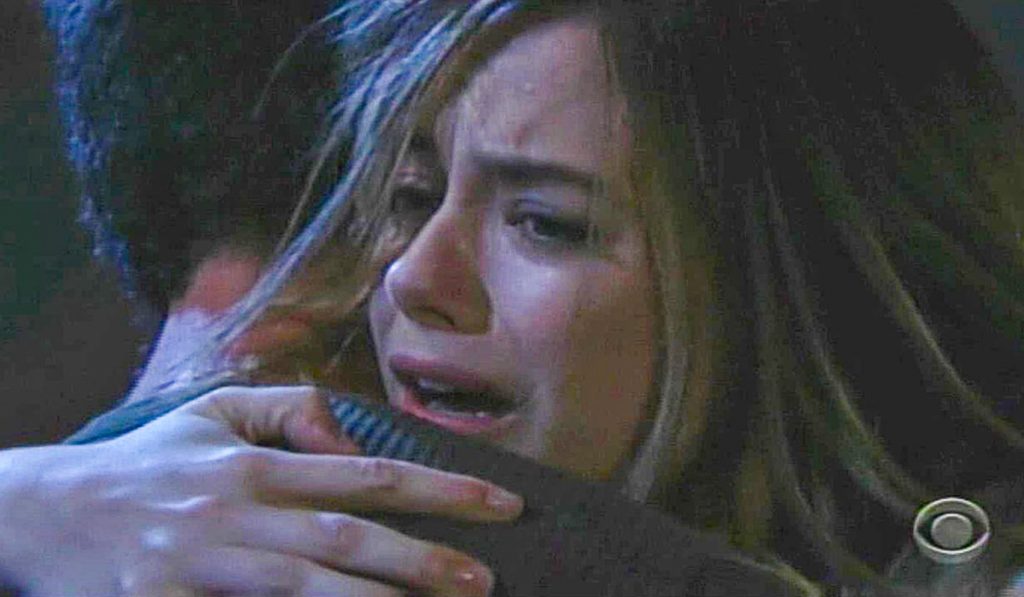 The Bold and the Beautiful spoilers for Wednesday, November 20, tease that things are getting exciting on the CBS drama. But before we get to that, we have a programming note to pass along. There are impeachment hearings scheduled for Wednesday, so there’s a chance that Wednesday’s episode will be pre-empted. But in the event the show airs on Wednesday, here’s what you can expect.

As B&B viewers know, Hope Logan (Annika Noelle) just got a huge surprise when Thomas Forrester (Matthew Atkinson) walked into her room. Hope had been looking sadly at a picture of Thomas and Douglas Forrester (Henry Joseph Samiri) on her phone and was going on about how she was going to lose everything over what happened when Thomas suddenly appeared.

Bold & The Beautiful Spoilers – Will Hope Logan Embrace Thomas Forrester Back Into Her Life?

Of course, Hope was overjoyed to see Thomas, but what’s going to happen now? Well, according to B&B spoilers, Thomas will have some sort of point to prove. Perhaps by revealing himself, he’ll hope that Hope will realize how much he means to her. As B&B viewers know, Thomas wants Hope as a mother for Douglas more than anything, so maybe he’s hoping that this whole incident will bring them closer as co-parents.

Or, perhaps the point he intends to prove has to do with Brooke Forrester (Katherine Kelly Lang). Thomas has known for a while just how much Brooke detests him, but it seems that he’ll now know about the fact that she tried to get her daughter to cover up his death and conceal what happened from Ridge Forrester (Thorsten Kaye) and Steffy Forrester (Jacqueline MacInnes Wood).

Of course, B&B viewers know that Hope refused to stay silent about the accident and told her mother that she was going to tell the truth, despite the consequences. Thomas may have overheard that conversation, which would comport with ongoing B&B spoilers that say Thomas will taunt Brooke into confessing to Ridge about what she tried to cover up. That should be an explosive scene.

B&B Spoilers – Shauna Fulton Is There For Ridge Forrester

Next, on Wednesday’s new episode of B&B, Shauna Fulton (Denise Richards) will once again lend her support to Ridge. She’s been a great source of friendship and comfort to Ridge while his marriage to Brooke has fallen apart. Shauna hasn’t been too pushy or too flirtatious with him and has respected his boundaries for the most part.

It looks like Sauna will again offer her advice to Ridge. As B&B viewers know, he was quite upset to find out about the indecent proposal that Thomas made to Hope. Ridge thought that Thomas was trying to improve his life and work on himself, and this latest incident seems to be a big setback.

But it appears that Shauna will note Ridge’s strengths as a father. She may point out that she can see how much he loves and cares for his children, so there’s no reason for him to feel like he’s failed anyone. After all, Thomas is a grown man and is responsible for his own choices and mistakes. Ridge will probably know deep down that Shauna is right, although it might take some persuasion for him to see the light.