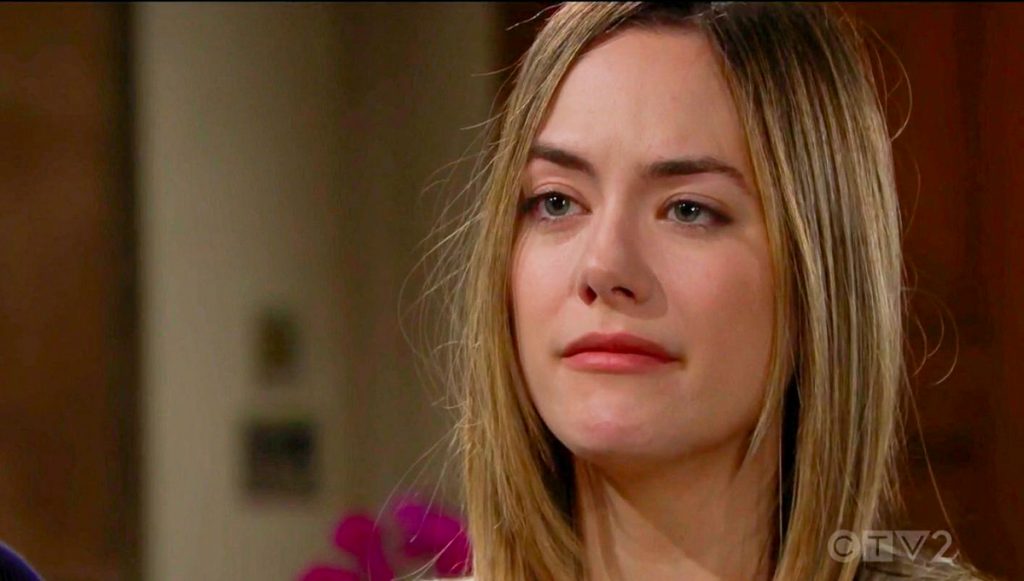 The Bold and the Beautiful spoilers tease that concern for Thomas Forrester (Matthew Atkinson) will grow as he remains missing. Like Hope Logan (Annika Noelle), viewers weren’t initially given enough evidence to know what happened to Thomas after he was seen floating in the vat of hydrofluoric acid in B&B’s great recent episode-ending shot.

Since that time, Hope and her mother have been developing and implementing a story. Believing that she’s responsible for Thomas’ death and in thinking that the authorities won’t believe that what happened was accidental, Hope and Brooke Logan Forrester (Katherine Kelly Lang) tell Ridge Forrester (Thorsten Kaye) about a request Thomas made before the event in question went down.

Ridge won’t like what his wife and stepdaughter have to say, but he’ll have to deal with their plausible scenario. Thomas has gone into hiding because he’s upset that Hope has again rejected his romantic overtures.

Thomas actions and Hope’s reactions feel like a high school hallway drama. Evidence of Thomas’ instability was further deepened by his continued belief that Hope loves him and just needed to be convinced of that perceived fact.

Hope is generally the appalled party in this latest incredible incident. However, any observer must submit that her actions, in choosing to re-engage with Thomas, were partially misguided and fully reckless.

It is certainly true that Hope and Brooke have been concerned for Douglas Forrester’s (Henry Joseph Samiri) welfare for months. But Ridge has been as well.

Lying to Ridge about what happened to Thomas sets Brooke up for a major marital fall in the very near future. Bridge’s relationship problems are based on the trouble their children have been having. The moment Ridge learns that Brooke withheld the truth about Thomas’ fall, he’ll be justified in distrusting her intentions moving forward.

Bold And The Beautiful Spoilers – Liam Spencer Matters As Well

Linked to the above is Hope’s choice to have withheld the full story from Liam Spencer (Scott Clifton). He’s been very leery of Hope’s choice to become involved with Thomas’ son. While Liam cares for Douglas, he feels that Beth Spencer (Madeline Valdez and River Davidson) must be Lope’s focus.

Liam also has Kelly Spencer (Zoe Pennington and Allison Marcia Sweeney) to consider. His first-born daughter’s mother will soon find herself in an interesting position, as she’ll learn of her brother’s latest misadventure and Hope’s role in keeping Liam mostly in the dark.