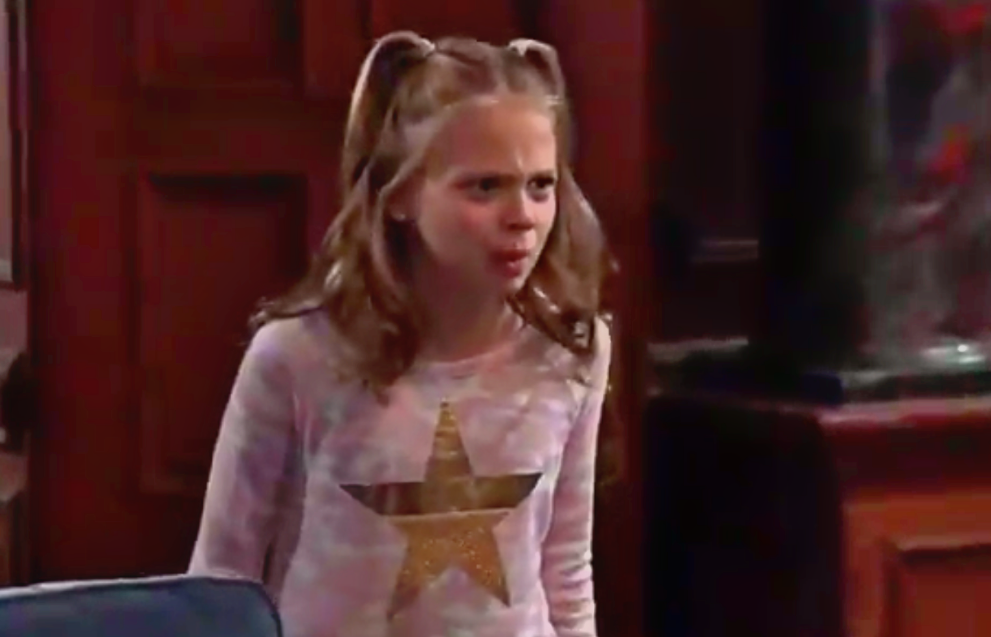 General Hosptial (GH) spoilers tease that Charlotte Cassadine (Scarlett Fernandez) has been through quite a lot in the last few days. Cassandra Pierce (Jessica Tuck) kidnapped her, but she escaped with the help of Anna Devane (Finola Hughes) and Jason Morgan (Steve Burton). After Cassandra’s boat blew up, Charlotte noticed Nikolas Cassadine (Marcus Coloma) lurking in the shadows. Nikolas is Charlotte’s uncle, but apparently she didn’t recognize him.

General Hosptial wouldn’t have had Charlotte notice Nikolas unless it would move the story forward in some way. So it’s very likely, Charlotte will soon see a picture of Nikolas and realize it’s the same man she saw on the pier! But who will she tell? She already mentioned the man to Laura Collins (Genie Francis), so she seems to be the most logical person. This will be the second person, after Ava Jerome (Maura West), to tell he that they saw Nikolas. At that point, Laura would have to start to believe that maybe her son is alive, after all!

GH Spoilers – What if she tells Valentin Cassadine?

It’s possible that Charlotte will tell her father Valentin Cassadine (James Patrick Stuart) about Nikolas. Valentin may doubt her at first, but someone freed Cassandra from prison, and Nikolas would have the most to gain by getting incriminating information on Valentin, so Valentin might put all the pieces together. This would be bad because it would give Valentin a chance to prepare for whatever Nikolas has planned. He already knows that the portrait of Helena Cassadine (Constance Towers) seems to be of great value somehow, so he might piece everything together. If he realizes Nikolas is alive and somehow gets his hands on the codicil, all of Nikolas’ plans might just go up in smoke!

Will Charlotte recognize Nikolas’ picture? Will she tell Laura or Valentin? How will this impact the search for the codicil? Only time will tell but some exciting scenes are coming up. Stay tuned to General Hosptial, airing weekdays on ABC. And don’t forget to check back here regularly for all your General Hosptial news, information and spoilers!