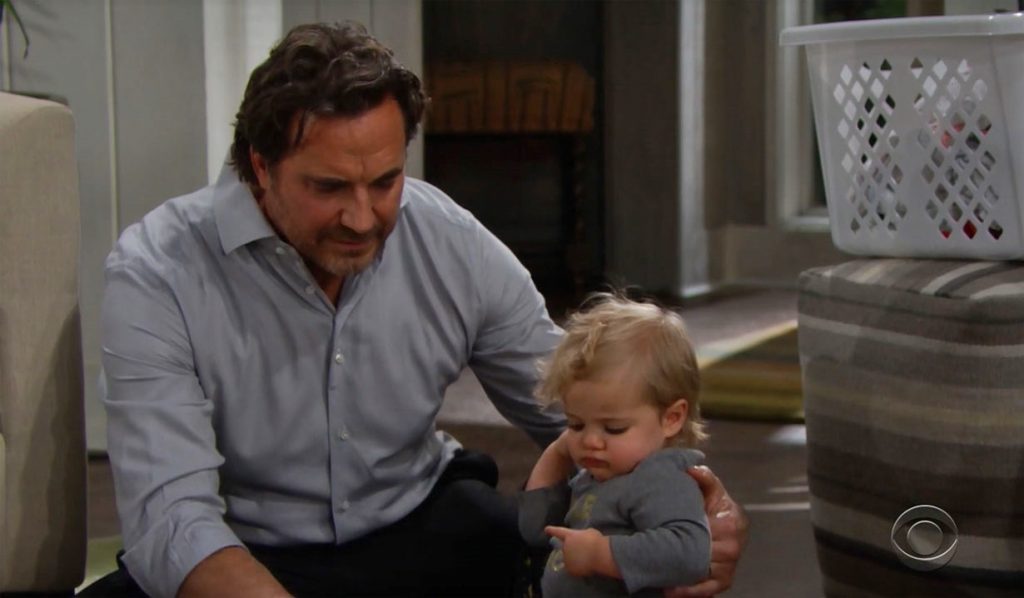 The Bold and the Beautiful spoilers for Thursday, August 22, tease that Ridge Forrester (Thorsten Kaye) will be feeling terrible about everything that’s going on with his son Thomas Forrester (Matthew Atkinson). As B&B viewers know, he’s been busy defending his son to anyone who will listen, but the evidence is really starting to stack up against Thomas, and it doesn’t help Thomas’ case that he’s been in hiding and hasn’t been answering his phone.

According to B&B spoilers, all of the stress about what Thomas may or may not have down will start to get to Ridge. Thomas is up against more than just maintaining a lie about Beth Spencer (River Davidson and Madeline Valdez) being alive; now he has Detective Alex Sanchez (Jeremy Ray Valdez) after him for the possible murder of Emma Barber (Nia Sioux). It will start to weigh heavily on Ridge’s mind.

On Thursday’s episode, Ridge will open up to Brooke about what he feels is his greatest failure in life. It sounds like he’ll blame himself for Thomas’ current troubles. Ridge may feel like his failures as a father has resulted in both Thomas’ actions and Steffy Forrester’s (Jacqueline MacInnes Wood) suffering over the loss of her adopted daughter.

Brooke will do her best to comfort Ridge and reassure him about his merits as a father. Of course, Thomas’ actions aren’t Ridge’s fault, since Thomas is a grown man and makes his own decisions. Brooke will likely remind him of that and do her best to support her husband in his time of need.

Meanwhile, on Thursday’s new episode of B&B, Thomas will be furious after talking to Hope Logan (Annika Noelle). As B&B viewers know, Hope called Thomas to tell him that she was ending their marriage and that she never wants to see him again. That is going to really set Thomas off, and he’ll soon start looking for someone to blame for his troubles. He’s been acting very strangely lately, and it looks like his behavior will get even more intense. 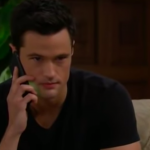 Well, it seems that Thomas will be terribly angry with his son, Douglas Forrester (Henry Joseph Samiri). As B&B viewers know, Douglas is the reason why Hope and Liam Spencer (Scott Clifton) found out about Beth being alive. Douglas went directly against his father and told the truth, which was a heroic thing to do.

But Thomas won’t see it that way. On Thursday’s episode, he’ll find himself angry with Douglas, and in his warped mind, he’ll feel like confronting the little boy for his defiance and for disobeying him. Thomas previously threatened Douglas when he was trying to get him to keep the Beth secret, and on one occasion he even grabbed Douglas’ arm. It just doesn’t seem like Thomas is in any state of mind to be around the little boy right now.

Nevertheless, Thomas will decide that he wants to see Douglas and confront him for his actions. According to B&B spoilers, Thomas will get in touch with Steffy’s nanny Amelia (Nicola Posener), who will apparently be watching Douglas for the day. Thomas will get Amelia to take Douglas to Vincent Walker’s (Joe LoCicero) apartment where he’s hiding out.

Of course, from Amelia’s standpoint this probably won’t be an odd request. She may not even know about the intense family drama or the accusations against Thomas at this point. It seems that she’ll just think she’s taking a little boy to see his dad, not knowing that Thomas is actually very angry at Douglas.

Sadly, after Douglas arrives at Vincent’s apartment, he’ll face a scary turn of events. Thomas will blame Douglas for telling the truth about Beth, and things will get heated as Thomas starts to lose control and lash out at Douglas. According to B&B spoilers, Thomas will end up yelling and seriously scaring his little boy.

It should be pretty clear at this point that there’s something seriously wrong with Thomas. He’s been stern with Douglas in the past, but this interaction will be completely inappropriate and Douglas will end up quite frightened. Hopefully, Douglas won’t have to take too much of his father’s out-of-control behavior and Amelia or Vincent can get him out of there quickly.