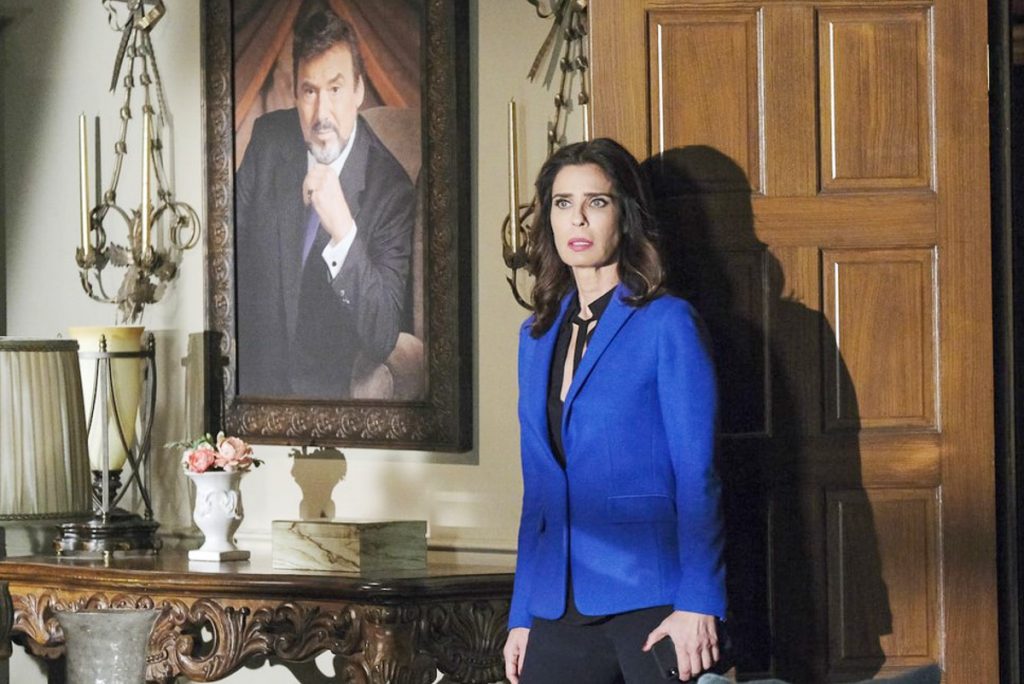 Days of Our Lives (DOOL) spoilers reveal Hope Brady (Kristian Alfonso) is starting to remember pieces of her attack. There is a moment where it reminds her of Stefano DiMera (Joseph Mascolo). Even though she isn’t completely sure what Dr. Rolf (William Utay) did to her, she knows it’s nothing good. She better be prepared though, because this is just the beginning of a sinister revenge plot.

Days of Our Lives Spoilers – Hope Brady Lured Into a Trap

As fans saw during a recent episode, Hope was lured into a trap by Dr. Rolf. She couldn’t resist the chance that Julie Williams (Susan Seaforth Hayes) could be saved. However, it was just a trick to get Hope alone in the hospital lab. Once she was there, the mad scientist injected Hope with a mysterious substance. It caused her to fall into unconsciousness.

All Hope knows is that Eli Grant (Lamon Archey) woke her up in the hospital chapel. Her arm was sore from the injection. She also has a feeling of doom but chalks it up to worrying about Julie.

During the attack, Dr. Rolf ranted about Hope killing Stefano. Of course, he was believed to be dead at the time. But the seemingly immortal character turned up alive but is currently on the run. It is obvious that Dr. Rolf has a lot of resentment for Hope’s actions. Now that he is back in Salem, he is determined to make her pay.

Days of Our Lives spoilers tease that at some point, Princess Gina will return. The fall preview clip shows the character’s reflection in a mirror. She is dressed in a fancy gown and putting on a necklace. If Princess Gina is coming back, then what will happen to Hope?

There is a theory that the injection put Hope in a deeply relaxed state, meaning she wasn’t fully unconscious. It is possible that Dr. Rolf hypnotized her and planted suggestions in her head. Could he have implanted Princess Gina’s memories or characteristics in Hope’s mind? If so, then she could slowly transform into Princess Gina. This wouldn’t require kidnapping and as fans saw, Hope never left the hospital grounds. It would also provide a gradual transformation instead of a sudden, drastic personality change.

It is not clear what the syringe held. However, Hope doesn’t feel quite right. Others are already noticing that she seems off. DOOL spoilers reveal that Hope will snap at Kate Robers DiMera (Lauren Koslow). It is also hinted that John Black (Drake Hogestyn) and Dr. Marlena Evans (Deidre Hall) notice she is behaving strangely. Will they realize that something sinister is going on before it’s too late?