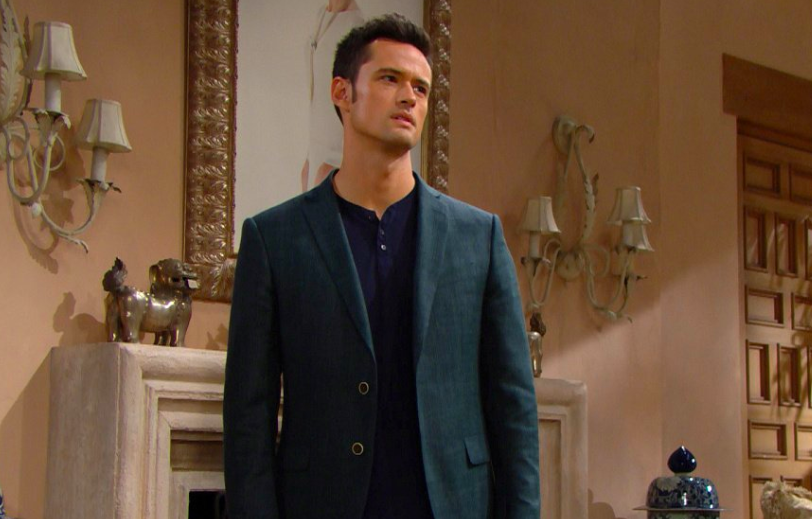 The Bold and the Beautiful (B&B) spoilers tease that Thomas Forrester (Matthew Atkinson) will change his position on revealing the baby secret to Steffy Forrester (Jacqueline MacInnes Wood) and Hope Logan (Annika Noelle).

It will a sudden change of heart and will out Xander Avant (Adain Bradley) on guard as he isn’t sure what to expect from him. Here’s what to expect during the week of June 17 on B&B.

Thomas stormed over to Steffy’s place with the intention of revealing the truth to her. B&B spoilers state that he did tell her that Phoebe has a mother who isn’t Flo Fulton (Katrina Bowden) out there. However, Liam Spencer (Scott Clifton) interrupted his confession which gave Thomas time to reconsider telling the truth.

Thomas stood in the corner, trying to find the words to tell his sister that her adopted daughter is Hope’s baby. B&B spoilers state that’s when he decided not to say anything to Steffy.

B&B spoiler state he made up some story about he was talking about Flo after all and noted that she looked really happy. Thomas appeared teary-eyed as he left Steffy’s house as if he was preparing to keep this secret from Hope, the woman he supposedly loves.

In an effort to keep this secret under wraps, Thomas orders Xander to keep his mouth shut. B&B spoilers tease that Xander doesn’t feel good about it. He thinks they should tell Hope and Steffy the truth and let the fallout begin.

Of course, Thomas’ reasoning is selfish. He believes that Hope would run back to Liam and they would raise their daughter together. He would have to explain everything to his son and he would lose her as a mother figure.

Xander, Zoe and Flo are stunned by Thomas sudden change of heart and his threats against them. WATCH FULL EPISODE: https://t.co/zsTlAedHyf #BoldandBeautiful pic.twitter.com/SJjRRrnKow

B&B spoilers tease that Xander stands up to Thomas and lets him know he will not allow him to push him around. It sounds like Thomas may have to take additional steps to silence Xander from exposing the truth about Beth.

Do you think Xander will “obey” Thomas’ order to stay quiet about the baby secret? Don’t forget to come back later for more The Bold and the Beautiful (B&B) spoilers, news, and casting updates!