‘The Bold and the Beautiful’ Spoilers: Flo Asks Thomas To Tell Steffy The Truth- Will It Ruin The Rekindling Between Liam And Steffy 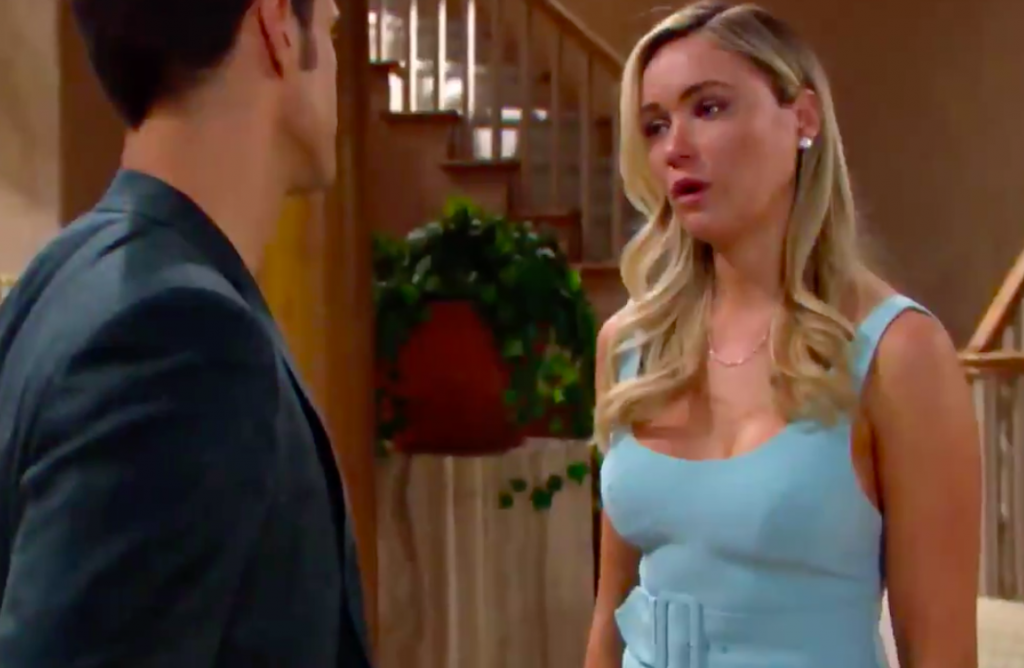 The Bold and the Beautiful spoilers tease that Steffy Forrester (Jacqueline MacInnes Wood) and Liam Spencer (Scott Clifton) now have time to rekindle their relationship. That didn’t appear likely to happen until Thomas Forrester (Matthew Atkinson) experienced a change of heart.

B&B Spoilers: Steffy Forrester And Liam Spencer Have Time To Rekindle Their Relationship

Thomas isn’t using his free will to make wise choices. Yes, he’s allowed himself to become misguided, both in his manipulative pursuit of Hope and in keeping the baby secret.

It must be said that Thomas’ love for Hope Logan (Annika Noelle) appears real. He cared about her before, when another actor played this character. Thomas’ return to Los Angeles, California, is deeply affected by Caroline Spencer’s (Linsey Godfrey) unexpected death, which made him a single father by force.

The intent was to take the information Flo Fulton Logan (Katrina Bowden) released to Thomas and deliver it to Steffy as soon as possible. Thomas’ verbal pressure forced the incredible Phoebe Forrester (Madeline Valdez and River Davidson) news out of Hope’s newfound cousin.

Phoebe is Beth (Spencer), as Thomas said. Amazing at it seemed, the details that Flo divulged allowed Steffy’s brother to believe the impossible, yet true story(line). With that Thomas drove to Steffy’s cliff house, where she and Liam once lived in bliss. That was before Bill Spencer (Don Diamont) destroyed Lope’s life, an arc that impacts B&B to this day.

B&B Spoilers: Thomas Forrester May Not Be Able To Deliver The News To Steffy

Thomas looked at what already was, not what could be. He saw Steffy, Liam, and Liam’s biological daughters enjoying their reality. That image delivers on the iconic photo that hangs on Steffy’s living room wall.

The photo referenced initially remained as a message to Kelly Spencer (Zoe Pennington and Chloe Teperman). It was retained to let her know that she was a reflection of her parent’s happiness. However, that same glimpse now projects the possibility that Steam can reconnect and raise Kelly, along with her adopted sister, Phoebe.

Thoughts of being with Hope proved secondary to the scene Thomas witnessed. This developing Steam family was already living a fully pleasant life.

A truth bomb could lead to disaster on #BoldandBeautiful. 💣 Tune in this week to find out what happens! pic.twitter.com/YVuKqQCspi

Bold And The Beautiful Spoilers: Will Someone Finally Reveal The Truth?

It isn’t Thomas’, Flo’s, Zoe Buckingham’s (Kiara Barnes), Xander Avant’s (Adain Bradley), or Shauna Fulton’s (Denise Richards) right to withhold what Reese Buckingham (Wayne Brady) felt he had to do to protect his daughter on that fateful Catalina Island night. But Thomas, like the others, has chosen to do exactly that.

Thomas’ actions represent a mix of compassion for Steffy, both little girls, Liam, and love for Hope. The change of heart Thomas had, in not telling his sister the truth, gives Steffy time to explore whether Steam can revive, or not. That’s a chance that didn’t seem likely in recent months, or especially after Atkinson’s character learned that Phoebe is Beth.

‘The Young and the Restless’ Spoilers: Summer Frazzled By Phyllis’ Absence & Kola! Will She Be Able To Cope?