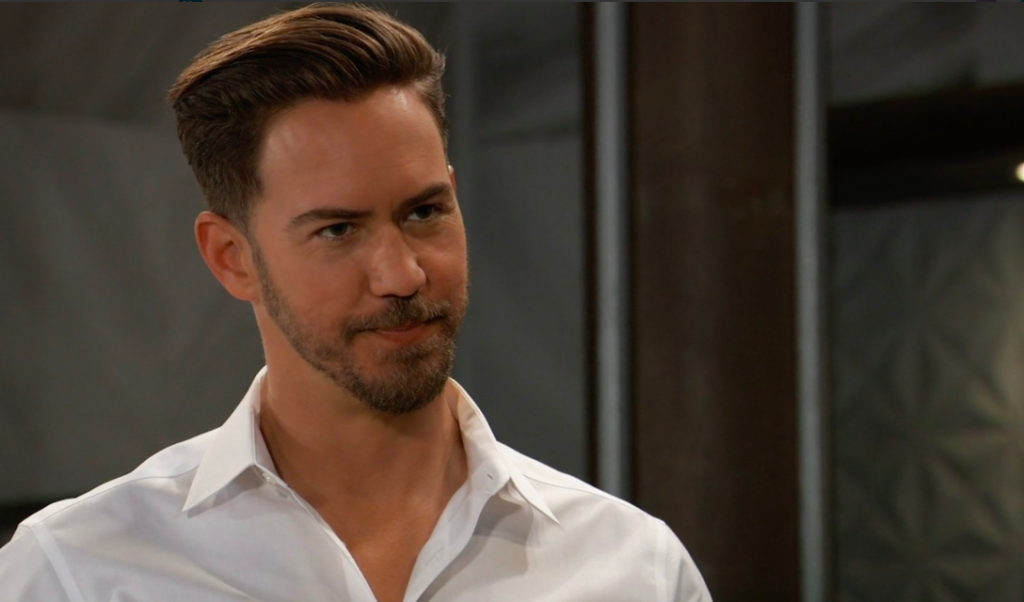 Could this have anything to do with Peter’s turning to Maxie’s stepfather Mac for help? Advice, perhaps, since Peter’s mother Anna Devane (Finola Hughes) is out of town? Or could it have to do with the search for Dante Falconeri (Dominic Zamprogna) that Maxie seems obsessed with, to help her bestie Lulu Falconeri (Emme Rylan)?

Another possibility, since Mac will now be the interim police commissioner, might be to make sure Lulu has some police protection while she tries to play detective with the online dater who’s finding his burglary marks! Her father in law Sonny Corinthos (Maurice Benard) saw her out with one of the potential suspects in Thursday’s episode of GH, but it turned out to be a good guy and Lulu explained she was playing it safe and that it was for a investigative story she was writing and she’d turn any leads over to the police. Sonny, of course wanted to know why someone else, preferably a single someone else, couldn’t write the story!

Mac will be more than happy to help however he can, whether it be with advice on Maxie and her quest to find Dante, although that information might be better suited for his brother Robert Scorpio (Tristan Rogers) to find, since he’s the one who drafted Dante into the WSB to begin with; to advise on Lulu’s story and how to protect her; or how to deal with Maxie’s moods although he might bring her mother, Felicia Scorpio (Kristina Wagner) in on that kind of a conversation!

Mac, however, has had cases in the past when he was police commissioner before where he worked with the WSB and may have some contacts besides Robert to consult with. Other General Hospital spoilers tease that Maxie will get a lead on Dante before the week ends so perhaps Mac was able to get some of that kind of info.