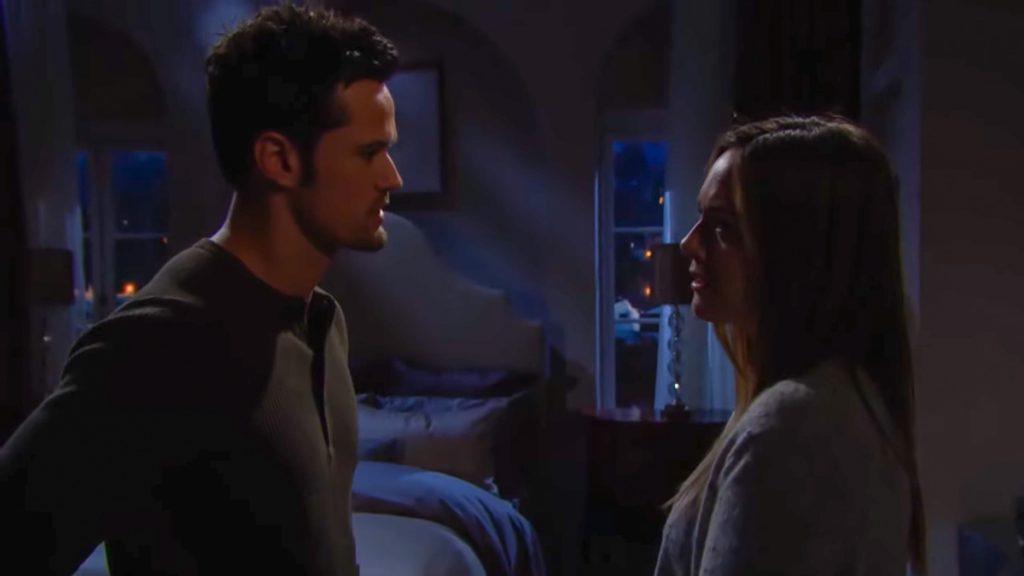 The Bold and the Beautiful spoilers for Tuesday, November 26, tease that Hope Logan (Annika Noelle) and Thomas Forrester (Matthew Atkinson) will have some big news to share. As B&B viewers know, they’ve just had a serious talk, and Thomas has told Hope that he’s not going to contest the paperwork that he signed giving Hope the right to adopt Douglas Forrester (Henry Joseph Samiri).

Bold & The Beautiful Spoilers – Douglas Forrester Gets A New Mommy

Despite the fact that Hope pushed him into a vat of what she thought was acid and the concealed his “death” for 24 hours, Thomas has chosen to be understanding and has agreed let the whole thing go. He sees that Douglas loves Hope, and he wants nothing more than for Hope to be Douglas’ mother going forward. That thrilled Hope, and on Tuesday’s episode of B&B, Hope and Thomas will tell Douglas the good news.

It looks like they’ll check to see if Douglas is still awake, and he will be. They’ll tell Douglas that they’ve decided that Hope should adopt him and become his mother forever, and according to B&B spoilers, this news will overjoy Douglas. Of course, Douglas loves Hope immensely and has wanted her to be his mommy for a long time.

B&B Spoilers – Brooke Forrester Has Some Explaining To Do

Meanwhile, on Tuesday’s new episode of B&B, Brooke Forrester (Katherine Kelly Lang) will have to deal the wrath of her husband, Ridge Forrester (Thorsten Kaye). As B&B viewers know, Ridge has just heard an infuriating story from Brooke, all about how Hope believed that she had killed Thomas the night before. As Ridge stood there in disbelief, Brooke admitted to knowing about the “death” but keeping it from him for 24 hours.

Well, it’s going to be a bad scene once Ridge wraps his head around what he’s just heard. He’s already peeved to have realized that Brooke withheld what happened from him, and it looks like he’ll have some pointed questions for her on Tuesday’s B&B episode. He’ll probably want to know why she’s coming forward now, and soon he’ll realize that Thomas is back and was going to tell the story himself.

That’s going to seriously upset Ridge, and he’ll probably wonder if Brooke ever would have come forward had Thomas really died. B&B viewers should expect some emotional scenes as Brooke begs her husband to see her perspective and to understand why she felt the need to protect Hope and keep quiet about the whole thing.

But unfortunately for Brooke, Ridge will not be able to see her perspective at all. Instead, he’ll focus on the fact that she lied to him and withheld critical information from him, and according to B&B spoilers, Ridge will decide that this is the last straw. He’ll declare their relationship irreparably broken as Brooke pleas for him to not to give up on them.

Ultimately, however, Ridge will end up walking out on Brooke, who will be worried that their marriage is over for good. Where Ridge goes from there remains to be seen, but it appears likely that he will wind up eventually turning to Shauna Fulton (Denise Richards) for comfort. At any rate, expect a serious rift for Brooke and Ridge, as Ridge has to decide whether the marriage is worth saving at this point.