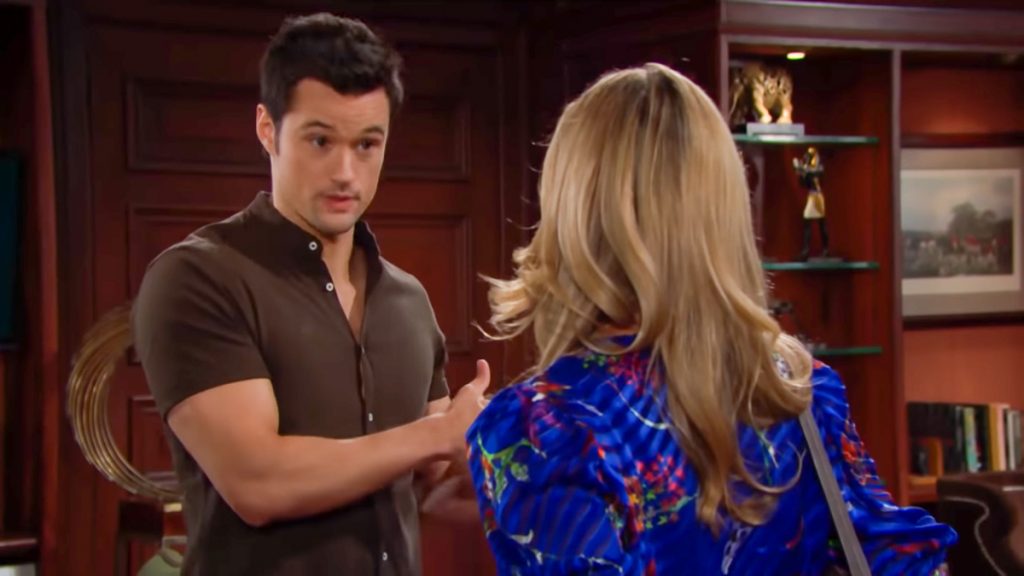 The Bold and the Beautiful spoilers for Thursday, October 17, tease that Thomas Forrester (Matthew Atkinson) will have a chance encounter. He’ll be at his buddy Vinny Walker’s (Joe LoCicero) apartment complex when he spots Zoe Buckingham (Kiara Barnes) in the common area. As B&B viewers know, these two don’t have the best history, since they both were in on the big secret about Beth Spencer’s (River Davidson and Madeline Valdez) existence.

In fact, Thomas even threatened Zoe about not telling the secret, so Zoe probably won’t be too happy about bumping into him. Still, they’ll encounter each other and wind up in a conversation. According to B&B spoilers, Zoe will tell Thomas about her current situation and what she’s doing for work these days. As B&B viewers know, both she and Xander Avant (Adain Bradley) were fired from Forrester Creations about the secret about Beth came out.

Well, it seems that Thomas will be interested in Zoe and what she’s up to these days. Thomas has been planning a big comeback to Forrester Creations, and ongoing spoilers indicate that Zoe may become part of his plan. Zoe used to model at Forrester Creations, and Thomas was a designer, and he’d like to start designing for the company again. Ongoing B&B spoilers say that he’ll eventually tell Zoe that she’s the inspiration for his designs.

Perhaps once Thomas comes back to Forrester Creations, he’ll be able to get Zoe back on board as a model. Of course, he may want something from Zoe in return for getting her back her job – that would be a very “Thomas” thing to do! At any rate, we’ll see what ideas Thomas cooks up after his encounter at the apartment complex with Zoe.

B&B Spoilers – Liam Spencer Has A Surprise For Steffy Forrester

Next, on Thursday’s new episode of B&B, Liam Spencer (Scott Clifton) will have a big surprise for Steffy Forrester (Jacqueline MacInnes Wood). He’ll arrive at Steffy’s house with Beth in tow and allow Steffy some time to visit with the little girl she used to consider to be her daughter. Steffy will be thrilled to see Beth again, and B&B viewers should see a touching reunion.

The Bold and the Beautiful spoilers also say that Steffy and Liam will have a serious talk during the visit. Steffy will open up about how things have worked out between them, and she’ll note that they could have been a happy family at one point. She’ll probably be referring to the short time when Liam lived in her guest room and they were both taking care of Kelly Spencer (Chloe Teperman and Zoe Pennington) and “Phoebe Forrester,” who is now known as Beth.

Steffy will also inquire about whether it might be possible for her and Liam to “do this again,” so it looks like she’ll be probing a little to see what Liam’s current status is with Hope Logan (Annika Noelle). Of course, B&B viewers know that Hope and Liam are fully back together, and that Liam plans on being a full-time dad to Beth. He’ll likely tell Steffy about his future plans and the two will have a good talk.