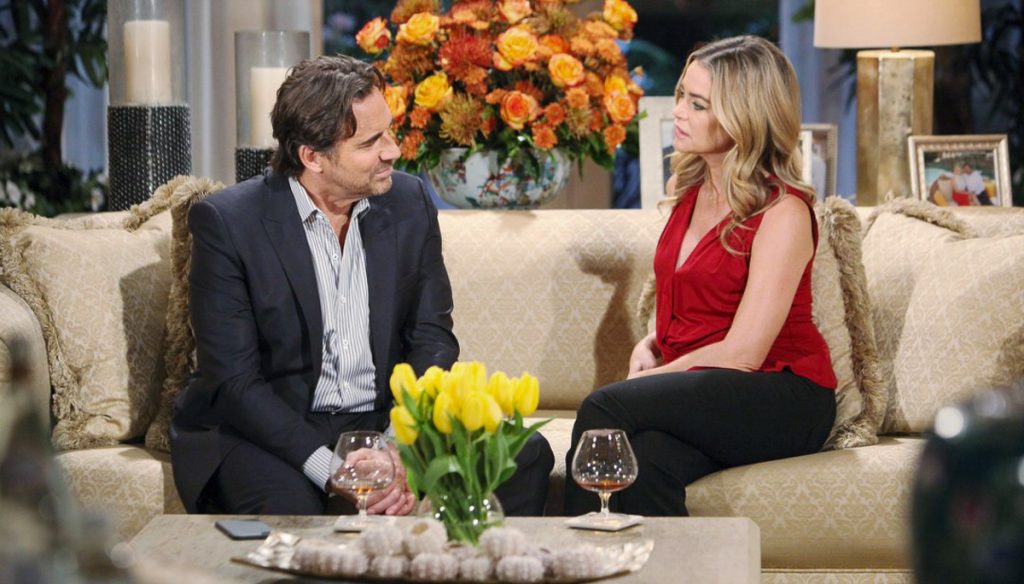 B&B spoilers indicate that Shauna is still charming the socks off of Ridge Forrester (Thorsten Kaye). Even though he is still married to Brooke Logan Forrester (Katherine Kelly Lang), the two are separated. Despite him insisting that he loves Brooke and plans to return to her, he is also having a great time with Shauna. However, what are Shauna’s feelings on the designer?

Speaking to Soap Opera Digest, Richards explained that Shauna comes from Las Vegas and didn’t have the easiest life. Suddenly, she comes to L.A. and experiences people who live a lavish lifestyle. This is tempting for her, as it would be for anyone who was not used to it.

The Bold and the Beautiful spoilers indicate that while Shauna’s interest in Ridge at first was due to his money, it has gone further. She sincerely cares for the man and admires him being there for his children no matter what. She feels that it is the one thing they have in common, their love for their children, no matter how badly they screw up.

One interesting statement from Denise’s interview was Shauna wanting Brooke’s life. At the same time, Richards doesn’t feel that Shauna’s flirtation is vindictive.

“Well, I think Shauna wants Brooke’s life… I think she has seen what it could be like, and has been exposed to a very lavish lifestyle… But I think aside from all of that, she genuinely feels a connection with Ridge.”

Even though Ridge told Shauna he plans to move back in with Brooke eventually, that might go up in smoke. Once he discovers how far Brooke and Hope Logan (Annika Noelle) to get custody of Douglas Forrester (Henry Joseph Samiri), his feelings could change. If so, this would give Shauna a chance of a romance instead of just being the other woman.