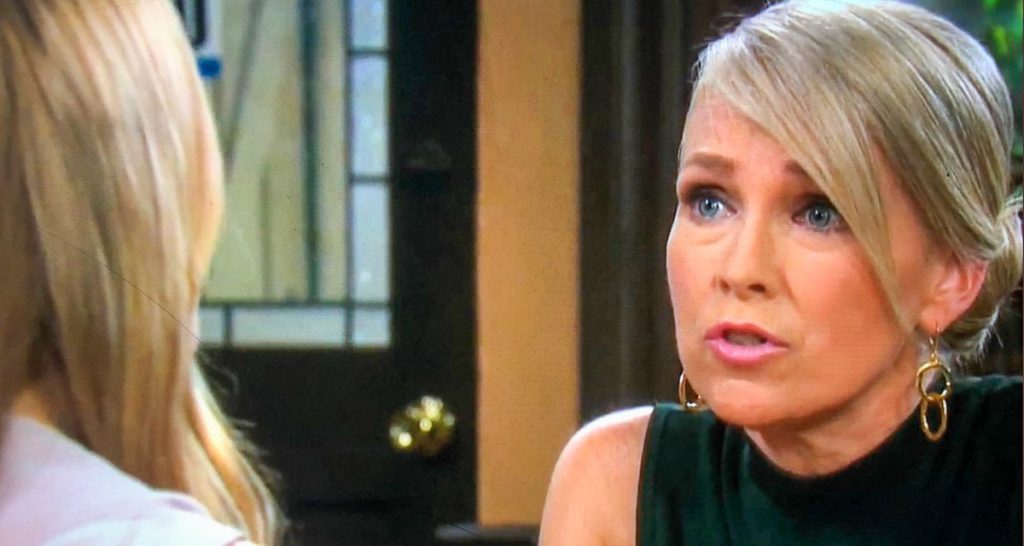 Days of Our Lives spoilers confirm that Jennifer Horton (Melissa Reeves) finally came out of her coma one year after her accident. Like viewers, she has no idea of what has happened in the past 12 months. According to head writer Ron Carlivati, we will be seeing Salem through Jennifer’s eyes.

On Friday’s episode of the NBC soap opera, it ended with Jennifer waking up from her one-year coma. She has missed out on a lot, but fans did get some clues on a few things that have taken place. Even with a few hints, there are a lot of questions, but don’t expect to get all the answers right away.

Days of Our Lives spoilers tease that fans will see the events that have transpired in the past year through Jennifer’s eyes. This doesn’t mean that the soap will only show her point of view. What it does indicate is that Jennifer is clueless about all that has taken place, which is how viewers feel. We don’t know all of the challenges and victories of our favorite characters.

Expect some couples to still be together, while others split long ago. Also, there might be at least one character death, Carlivati teased to TV Insider.

Here is what we know about the time jump so far. John Black (Drake Hogestyn) and Marlena Evans (Deidre Hall) are still a couple. However, it is hinted that they are “separated in a way.” Carlivati confirmed that Princess Gina (Kristian Alfonso) tries to get between the fan-favorite couple. However, she doesn’t succeed because “Jarlena” is solid.

Also, “Chabby” is returning on November 11. The head writer explained that it was always in the plans to bring Chad and Abigail DiMera (Kate Mansi) back at some point. After all, the dynamic duo has a large following of die-hard shippers.

DOOL spoilers suggest that there will be flashbacks or the characters will recall certain events to help viewers fill in the missing pieces. However, don’t expect that to happen all at once and it also won’t be right away. We will be getting small bits of information as time goes on.

“You will see some flashbacks in the missing year for the sake of clarity. Some that won’t happen for awhile, some that you won’t even see for months.”

With that being said, so much has happened during the past year and it would take too much airtime to show everything. The powers that be had to make decisions on which moments absolutely had to be shown on-screen.

What do you think of what head writer Ron Carlivati said about the time jump? Are you interested to find out how things have changed in Salem? What do you predict will happen with your favorite characters?