‘The Bold and the Beautiful’ Spoilers: Sally’s Importance Expands – Wyatt And Liam Linked In New Venture 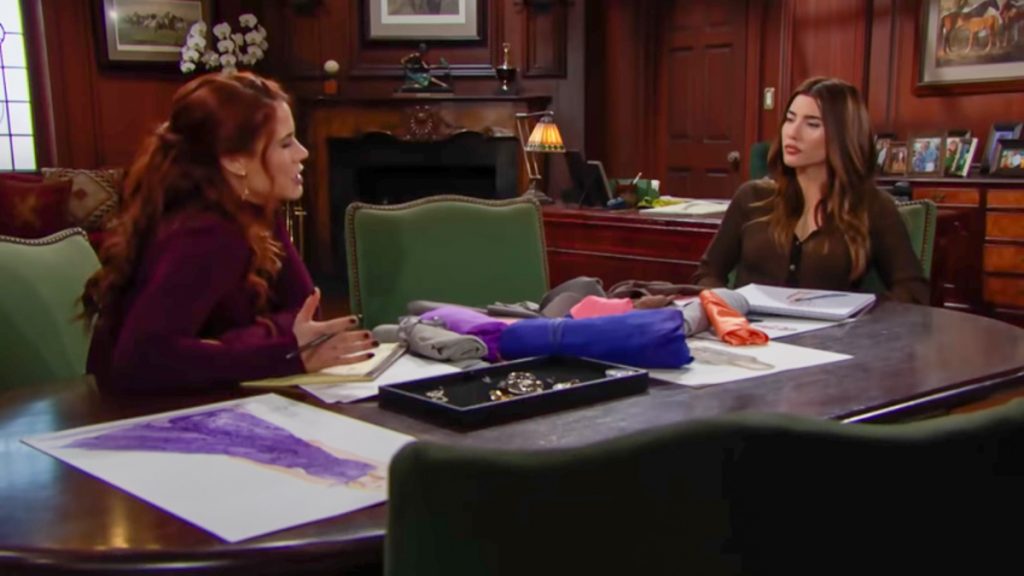 As B&B viewers recall, Sally called Wyatt by his brother’s name. That slip apparently wasn’t totally unexpected, as Wyatt claimed to still be wondering what her feelings were for Liam Spencer (Scott Clifton).

Wyatt’s senses remain heightened, due to the fallout with Flo Fulton (Katrina Bowden) and Sally’s perceived mistake earlier this year. Her choice not to tell Wyatt about Thomas Forrester’s (Matthew Atkinson) plan to break up ‘Lope’ was later dismissed as being over-reactionary. But Wyatt’s suspicions about Sally’s true intentions have now been revived.

Bold And The Beautiful Spoilers – Doubt Not Totally Unfounded

Sensitivity issues aside, Wyatt reacted as many people would in hearing Liam’s name mentioned instead of his during a relationship conversation. But viewers know that Sally was simply enamored with Liam two years ago, rather than having been involved with him.

B&B wrote Hope’s character away in the recent past, then brought Sally back. She happened upon Wyatt one day, they quickly clicked, and Wally was born.

This makes Liam’s tell to Wyatt about his Zoe Buckingham (Kiara Barnes) spy plan all the more intriguing. Clearly the main drama will remain between Thomas and Hope Logan (Annika Noelle). But the other referenced characters are surely part of B&B’s character collateral damage plans.

Both ladies see Forrester Creations as the prime vehicle in their career goals. Sally is happy to have been asked by Steffy to serve as her head designer. Zoe is thrilled to be modeling again, seeing Thomas as her savior and seeming next soul mate.

Driven mainly by love, Sally has made some mistakes in the past. But re-coupling with Wyatt appeared to signal a redemption story on both character’s behalf’s. Now, that feel-good storyline seems jeopardized.

As for Zoe, she was dumped by Xander Avant (Adain Bradley) because he couldn’t deal with the Beth Spencer (Madeline Valdez and River Davidson) secret. Zander split before the reveal, leaving Zoe alone. She eventually happened upon Thomas, he facilitated her move into Vincent Walker’s (Joe LoCicero) apartment and then spoke up for Zoe when Steffy agreed to let her return to FC.

Liam does not trust Thomas and is willing to use Zoe, despite her claimed feelings. That demonstrates just how desperate Clifton and Barnes’ characters are.

Wyatt is not desperate. He believes that options exist. Distancing himself from Sally has already happened, while thoughts of Flo’s pledge love persist.

As this is daytime, simple resolutions aren’t in the offing, or wanted by the discerning audience. So, Thomas won’t be the only unpredictable factor in this evolving arc that allows many competing interests to be showcased.

Days of Our Lives Spoilers: Is Stefano Losing Control – How Can Kate Protect Marlena?