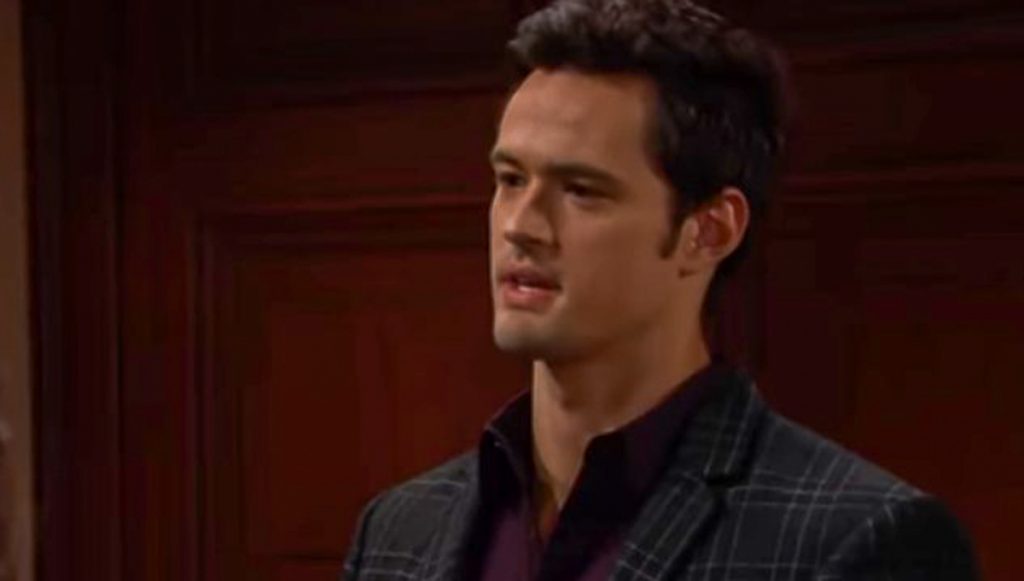 It’s “Hope For The Future” against Steffy Forrester’s (Jacqueline Macinnes Wood) new line, whose name has yet to be mentioned on the show. All viewers know is that it is a “young, fresh” line designed to appeal to young people, as described by Ridge Forrester (Thorsten Kaye).

Steffy and Sally have a decided edge on Thomas and Hope Forrester (Annika Noelle) considering that her line has been in hiatus since she had been pregnant and expecting baby Beth Spencer (Zoe Pennington). That’s been well over a year now. Sally may feel like she’s got the prize in the bag since she has been working on Steffy’s line much longer and Douglas is going to have to work triple overtime to catch up to her!

Hope’s hope for her own future as well as Douglas’ is literally on the line, because they have to get up to speed and get the line ready for the showdown which can be expected to take place soon. Models will walk the runway wearing the new fashions from each line and buyers will decide the outcome – whoever sells the most of their individual line wins! Ridge has already said they couldn’t afford to keep both lines going and it has to be one or the other; but what if there’s a tie?

What if the buyers choose half of Steffy’s line and half of Hope’s? What will they do then? Or what if the buyers like both lines so well that they want to buy everything in each line? That hasn’t even been discussed, but it could definitely be a win-win for Forrester Creations, and may allow both lines to be kept if the showdown is profitable enough! But if Hope and Douglas lose to Steffy and Sally, “Hope For The Future” literally has no future!

Thomas and Sally were actually romantically involved several years ago, before he became involved with Caroline Spencer (Linsey Godfrey) who was the mother of his son Douglas Forrester (Henry Joseph Samiri). However, that is years of water under the bridge and shouldn’t influence her competition and desire to win against him.

It is a cutthroat business that they are in, and it is the popularity of the designs among the buyers who will produce them into clothing that will tell the tale, not who is the better designer. Fashions change on a whim, and what is popular one day may not be the next. The fashion influencers are the ones who decide! May the best man – or woman – win!

The Bold and the Beautiful Spoilers: Zoe Gets Caught Up In Passion On Her Date With Thomas