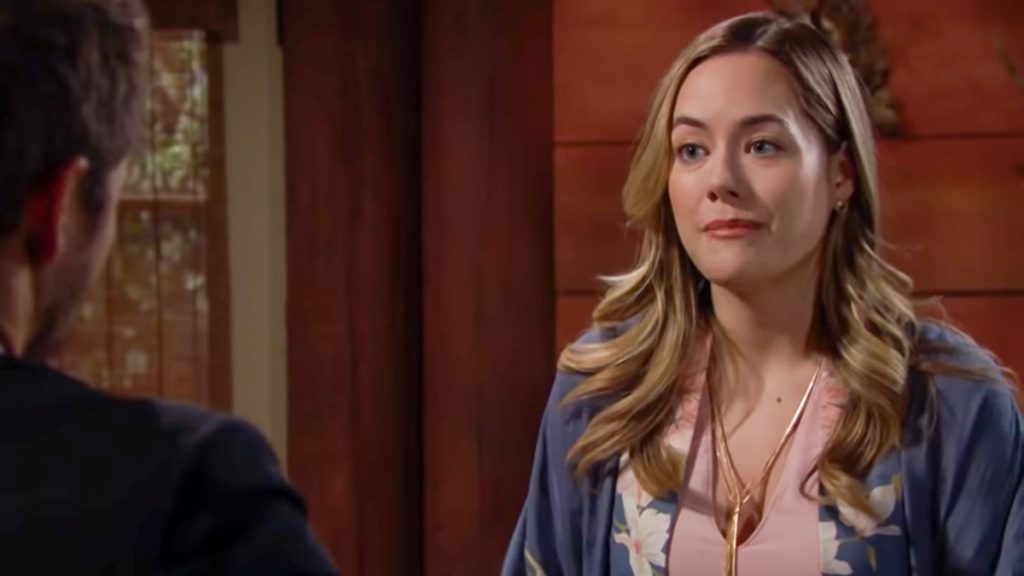 The Bold and the Beautiful spoilers reveal Hope Logan (Annika Noelle) was stunned and in disbelief when Thomas Forrester’s (Matthew Atkinson) romantic dinner was not for her. He announced that he was pursuing a relationship with Zoe Buckingham (Kiara Barnes). She seemed upset by the news and might be jealous. Is she reacting this way because someone else is getting all the attention now?

B&B spoilers indicate that Thomas promised Zoe he would try to get her job back at Forrester Creations. What he doesn’t know is that Liam Spencer (Scott Clifton) already came up with a scheme to get information on the designer. Part of that plan is for Zoe to be brought back to the fashion house to act as a spy.

When the rehiring issue was brought up, Steffy Forrester (Jacqueline MacInnes Wood) was not pleased, but kept her mouth shut. As for Hope, she was not pleased at all. Even though she claimed it was due to Zoe’s part in the “PhoeBeth” situation, could there be another reason for her reaction?

The Bold and the Beautiful spoilers suggest that Hope is fuming for a few different reasons. Yes, she is still angry about what happened with her biological daughter. However, it seems that she might be jealous about Thomas moving on so quickly. She claimed that is what she wanted, for him to stop obsessing over her. But could she have gotten addicted to the attention?

It is a complicated situation and it doesn’t look like things are going to get any easier for the characters involved. It is teased that Thomas is just trying to make Hope jealous. However, there are hints that he may end up falling unexpectedly for Zoe. But will his feelings change once he discovers she participated in Liam’s scheme to expose his true intentions? Fans will have to keep watching the CBS soap opera to see how this storyline plays out.

Be sure to tune in to catch up on everything happening with B&B right now. Come back here often for The Bold and the Beautiful spoilers, news, update and rumors!

Days of Our Lives Spoilers: Rafe Hunts Down Dr. Rolf, Scientist Stewing About Wasted Years of Serving Stefano, Reveals All?