The Bold and the Beautiful Spoilers: Zoe Gets Caught Up In Passion On Her Date With Thomas 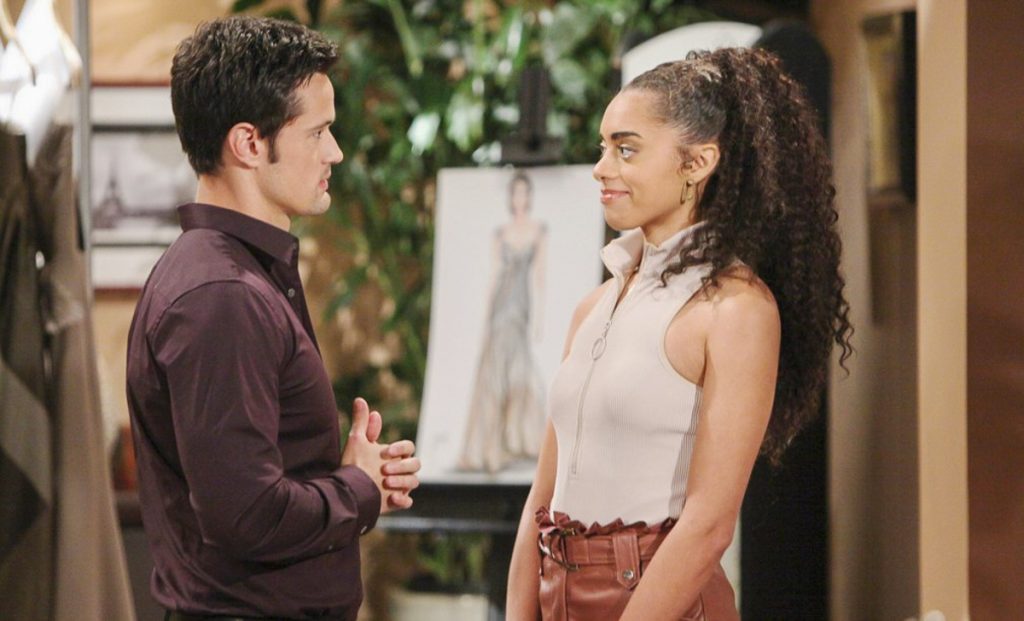 Pretending to be involved with Zoe is merely a part of Thomas’ plan to win Hope Logan (Annika Noelle) back, by making her jealous. But Zoe truly has feelings for Thomas, and she has plans to win Thomas over to herself! Thomas may be taking advantage of Zoe, but in a way, she’s taking advantage of him in return!

It’s been a long time since Thomas was involved with a woman and Zoe knows that. She’s hoping that if she can get him into bed, it might make him realize what he’s been missing – and convince him that it’s her! 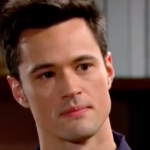 Of course, the lynchpin to Steffy Forrester (Jacqueline Macinnes Wood) and Liam Spencer’s (Scott Clifton) deal with Zoe for Steffy to hire her back at Forrester to begin with is so she could spy on Thomas for them, Liam in particular. He wants Zoe to find out what his scheme is to try and win Hope back, so that Thomas’ scheme can be thwarted. He and Steffy as well fear that his designs for Hope For The Future, Hope’s company, are more targeted towards having hope for a future with Hope herself than they are for the company!

However, when Liam realizes that Zoe has Thomas as her own target for love, and is pursuing him aggressively, he fears she will lose sight of the plan and not be as focused as she should be in helping Liam stop Thomas from manipulating Hope back to himself, and not only that, that Zoe will be fooled by Thomas into thinking he is into her when he’s only using her to get to Hope.

Zoe is counting on Thomas’ lack of intimacy in his life and his not having been intimate with a woman for a long, long, time to make him an easy target for her. If she can seduce him into her bed, she thinks it will be very easy from there to infiltrate his heart and emotions as well, and instead of Thomas using her to get to Hope, she will wind up seducing him away from Hope to her.

Zoe is playing for keeps, and she will use any and all means at her disposal to win not only Thomas’ attention, but his devotion and his heart! Lonely men are aren’t picky where they get their romantic and sexual attention from, and Zoe is banking on Thomas not being any different than any other lonely man!