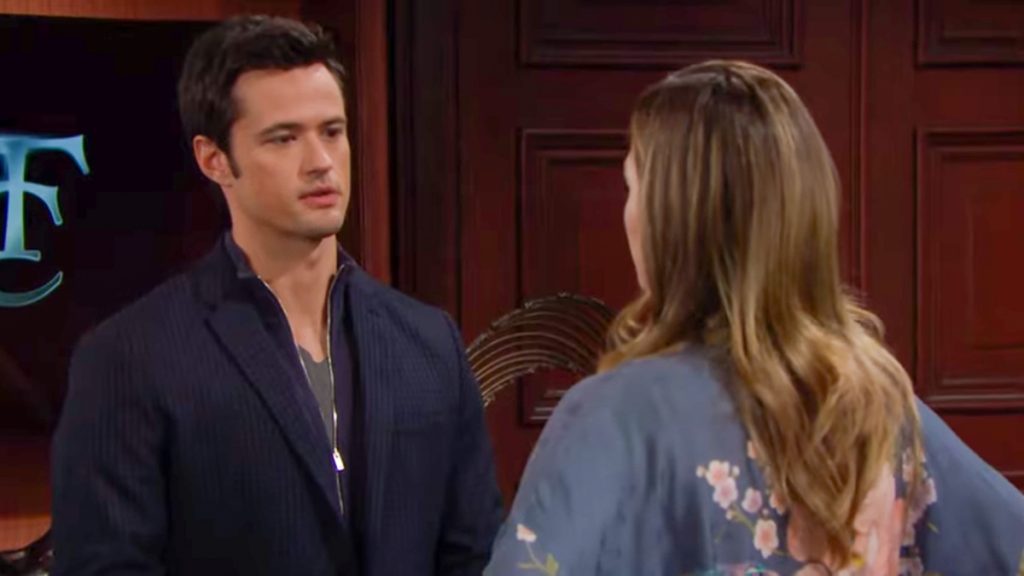 The Bold and the Beautiful spoilers for Friday, December 20: tease that Hope Logan (Annika Noelle) will have some questions for Thomas Forrester (Matthew Atkinson). As B&B viewers know, Hope’s just had a couple of bombshells dropped on her. First, she learned that Thomas was moving on romantically with Zoe Buckingham (Kiara Barnes), which took her completely by surprise. Then, Hope stood by in disbelief while Steffy Forrester (Jacqueline MacInnes Wood) offered Zoe her modeling position back at Forrester Creations. Of course, B&B viewers know that Steffy’s decision to rehire Zoe was all part of a plot to bring Zoe close to Thomas so that she could spy on him.

The whole thing was Liam Spencer’s (Scott Clifton) idea. He wants Zoe to dig for dirt on Thomas and help him determine whether Thomas is still obsessed with Hope or whether he’s really decided to become a better man and turn his life around. Zoe is the key to the plan, so it was important for her to be back at Forrester. Well, as it turns out, Hope is now in the dark about two plots. One is the plot that Thomas has to convince her to work with him on Hope For The Future, and the other is Steffy and Liam’s plot to use Zoe to smoke out the truth. At the end of the day, Hope’s going to be confused and B&B spoilers say she’ll want some answers.

It looks like Hope will grill Thomas for answers about the nature of his relationship with Zoe. She’ll probably want to fish for information to make sure that their burgeoning romance is legit, since if it is, then she might feel freer to work with Thomas on Hope For The Future. It’s been made pretty clear to Hope that she needs Thomas in order to stand a chance against Steffy and Sally Spectra (Courtney Hope) in the fashion showdown. Meanwhile, on Friday’s new episode of B&B, Hope will start feeling more desperate in her need for a fashion designer. As B&B viewers know, she’s been advised by Ridge Forrester (Thorsten Kaye) and Eric Forrester (John McCook) to allow Thomas to be her designer so that the fashion showdown can go forward.

Bold and the Beautiful Spoilers: Thomas Wants Brooke Out Of Hope's Life – How Far Will He Go @celebratesoaps https://t.co/RwJfAO0mDt

Well, according to B&B spoilers, Hope will need to discuss the idea over with Liam. Liam has been totally against the idea of Hope working with Thomas from the get-go, but on Friday’s episode, he’ll relent and give Hope his blessing on inviting Thomas to be the designer on her line.

Of course, Liam still won’t be thrilled with the whole idea, but it seems that since he’ll have Zoe ensconced at Forester Creations and spying on Thomas, he’ll feel a bit better about Thomas and Hope working together. At any rate, it looks like in the end Thomas is going to get his way and will end up working with Hope, although he won’t know that Zoe’s all set to spy on him. Be sure to tune in on Friday to catch up on everything happening on B&B right now. Check Soap Opera Spy often for updates, news, rumors, and spoilers!

The Young and the Restless News: Bad News For Alyvia Alyn Lind