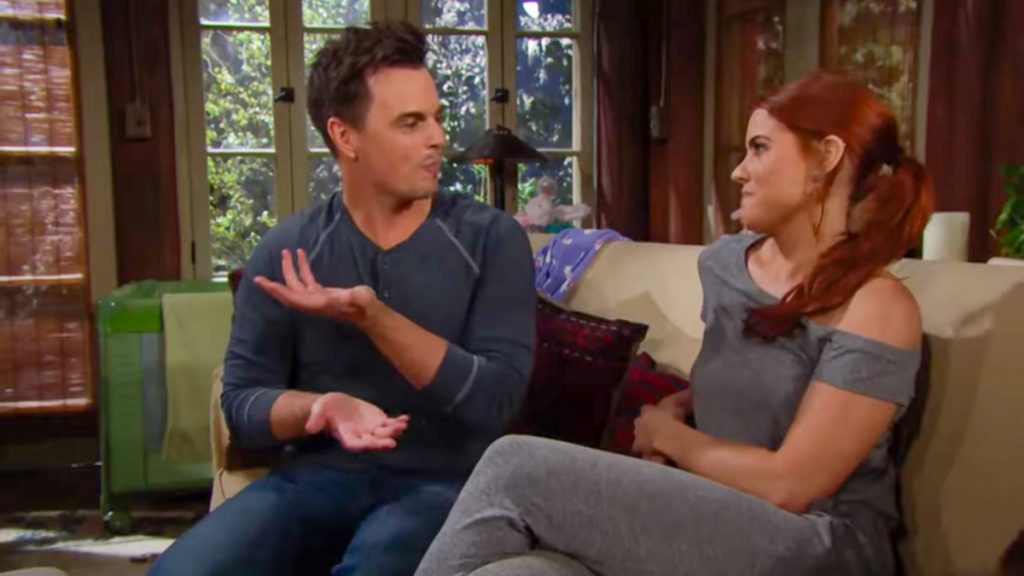 The Bold and the Beautiful spoilers reveal Quinn Forrester (Rena Sofer) isn’t pleased about Wyatt Spencer’s (Darin Brooks) engagement. Her son won’t change his mind, so she asks Bill Spencer (Don Diamont) for help. Quinn wants him to convince Wyatt that he is marrying the wrong girl.

B&B spoilers teased that Sally Spectra (Courtney Hope) wanted to take it slow with her current romance. However, that pace suddenly zoomed forward when she accepted Wyatt’s spontaneous marriage proposal. Even though he insists that Sally is the one, he has a history of bouncing back-and-forth in his relationships.

Even though Sally is thrilled about being engaged, not everyone shares her enthusiasm.

The Bold and the Beautiful spoilers reveal that Wyatt hears about Flo Fulton (Katrina Bowden) donating her kidney to Katie Logan (Heather Tom). He is stunned by the news and decides to pay her a visit. He is so touched by Flo’s deed that fans can’t help but wonder if his romantic feelings for her are returning.

Meanwhile, Quinn is getting frustrated with her son’s choice in women. She is not a fan of Sally and would prefer Wyatt be with Flo. She already tried to convince him that marrying Sally was a bad idea. She encouraged him to forgive and reconcile with Flo. However, her plea fell on deaf ears. She is determined to get her way. This has her brainstorming a way to get Wyatt to change his mind.

Bold and the Beautiful Spoilers: Ridge Rages at Brooke, Liam and Hope – Thomas May Lose His Son @celebratesoaps https://t.co/sNTDZmGvgX

It is revealed that Quinn asks Bill for his help. She wants him to meddle in Wyatt’s romantic life. Quinn hopes that the chat might lead to Wyatt having a change of heart. It is known that Bill does meet with the young man. However, will he do what Quinn asks or will he simply let Wyatt know what his mother is up to?

Whatever happens, Wyatt will definitely has some thinking to do. Has he moved too fast with Sally? Does the kidney donation change the way he feels about Flo? One thing is for sure — everyone will have an opinion on his relationships. But it is him that has to live with his decision.