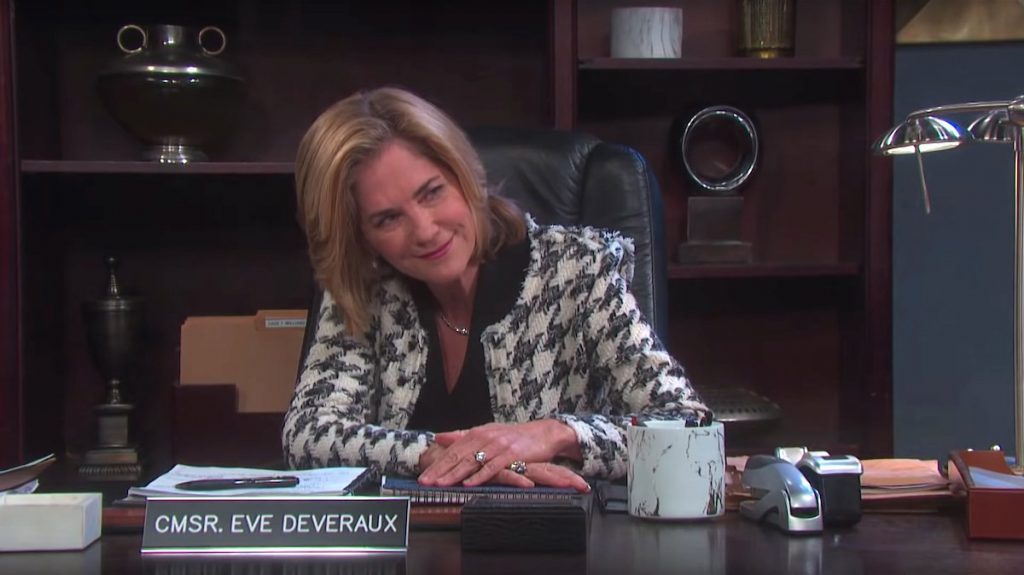 Days of Our Lives (DOOL) spoilers tease that Eve Donovan (Kassie DePaiva) is still doing what she does best, causing trouble. Eve has spent the last several months doing whatever she could to keep Jack Devereaux (Matthew Ashford) and Jennifer Horton (Melissa Reeves) apart. Up until recently Jack had amnesia, and Eve married Jack, knowing full well that Jack and Jennifer belong together. But amnesiac Jack truly loved Eve, at least until she showed her true colors by destroying the serum that could have restored Jack’s memory. At that point Jack asked for a divorce and fired Eve from her position as police commissioner.

But fate had other plans, and a hit on the head returned Jack’s memory without the need for a serum. So now Jack and Jennifer are back together, and Eve has been left out in the cold. She tried to sue Jack for wrongful termination but even with the help of attorney, Justin Kiriakis (Wally Kurth), she lost the case. Defeated, Eve considered leaving town, but a pep talk from Vivian Alamaine (Robin Strasser) convinced her to stay, at least for now.

DOOL Spoilers – What will Eve do next?

Eve still has to deal with the divorce from Jack, and if her past is any indication, she will likely try to take him to the cleaners. Justin, who has always had a sort of soft spot for Eve, will likely also represent Eve in the divorce. But will working together so closely tempt to Eve to make a play her attorney? 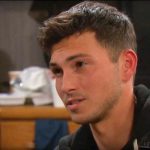 Justin reunited with Adrienne Kiriakis (Judi Evans), awhile back. And although they are together, they have yet to remarry. Adrienne is the love of Justin’s life, and although they have had their ups and downs, they seem to be in a good place now. But Justin has been known to have a roving eye in the past, which is one of the reasons Justin and Adrienne broke up in the first place. Is it possible he could throw it all away to have a fling with Eve?

Days of Our Lives spoilers indicate that Justin will soon propose to Adrienne once again. Will this be a result of a guilty conscience after bedding Eve? Or will Justin rebuff Eve’s advances and decide that it’s time to commit to Adrienne? Chances are Adrienne will accept Justin’s proposal, so whatever happens between Eve and Justin will likely be brief. Justin and Adrienne may not get their happily ever If rumors about the upcoming time jump are true!

Days of Our Lives Spoilers – What do you think?

Will Eve get Justin into her bed? Or will Justin resist temptation? Will Eve finally leave town, after her divorce from Jack is over? Some exciting scenes are coming up, so don’t miss an episode of Days of Our Lives, airing weekdays on NBC! And don’t forget to check back here regularly for all your Days of Our Lives news, information and spoilers!