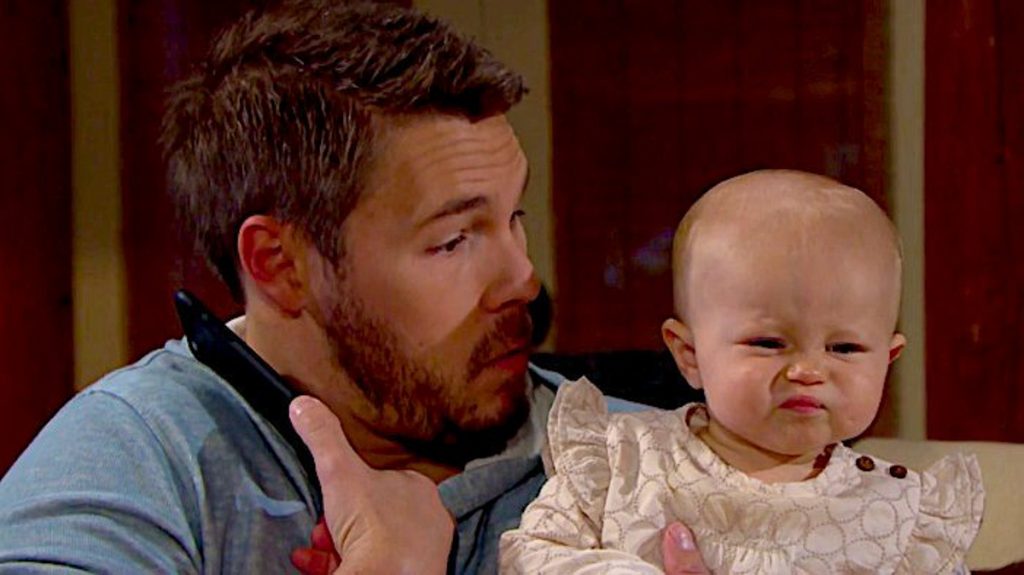 The Bold and the Beautiful spoilers reveal Liam Spencer (Scott Clifton) is enjoying spending time with Steffy Forrester (Jacqueline MacInnes Wood) and the kids. They agree to make family time a priority. However, Hope Logan’s (Annika Noelle) insecurities could interfere with their plans.

As Hope’s priorities shifted to Douglas Forrester’s (Henry Joseph Samiri) adoption, she abandoned Liam Spencer (Scott Clifton) and baby Beth. The conflicted young man ended up feeling like a single father and missed having someone to talk to and laugh with. This led him to spend more time with his ex, Steffy.

Fans have watched as the bond between “Steam” gets stronger. In fact, the two make some decisions that Hope might not like.

The Bold and the Beautiful spoilers confirm that Liam and Steffy agree that Beth and Kelly Spencer (Zoe Pennington) are thriving as they spend more time together as a family. “Steam” knows that their children have to be a priority. They decide to continue spending more time as a family and that the kids must be a priority over everything else — including Douglas.

Now that Hope has custody of Douglas, she will start to look around and see that things have changed. She finds out that Liam and Beth are spending a lot of time with Steffy. The revelation doesn’t make her happy and she fears losing Liam to his “other family.”

Hope will decide to take action. Fans remember the last time she confronted Steffy about this. It didn’t go well and Liam was embarrassed by Hope’s irrational behavior. She had an outburst, which led to Steffy deciding that she had enough of Hope’s antics.

B&B spoilers suggest that Hope’s insecurities and fears could lead to her make some drastic decisions. Will she try to make more demands of Liam that would end up affecting Kelly? She seems to be forgetting that Liam has two daughters. Him spending time with Kelly is just as important as bonding with Beth.

It is possible that Hope’s fears and anxiety could result in her going too far. Instead of reeling Liam back in, could she just push him closer to Steffy? Or will she manipulate the situation in order to drive a wedge between “Steam?”