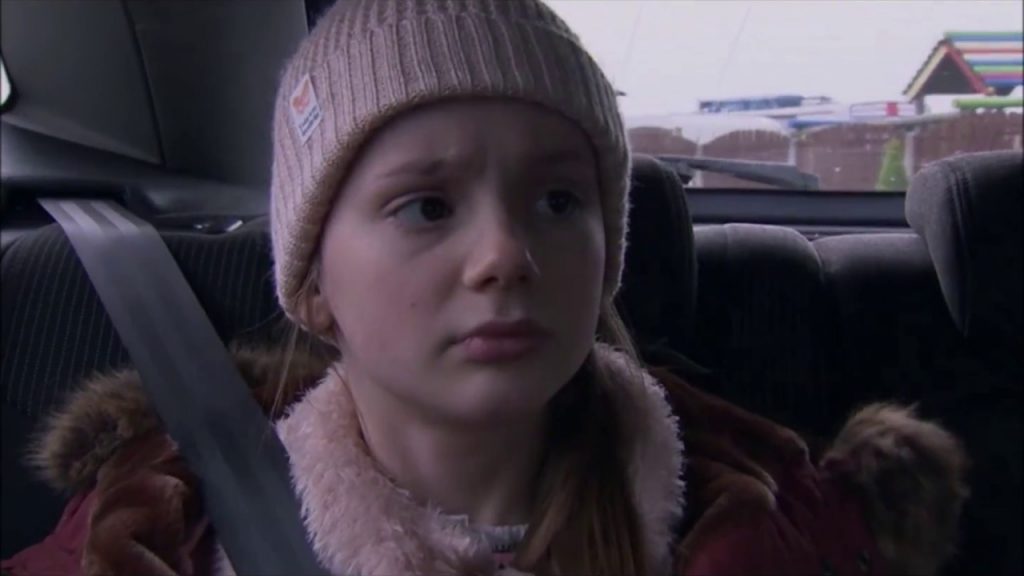 Next week on “Emmerdale,” Sarah Sugden (Katie Hill) will have a drug scare after taking a mystery pill. In the November 19 episode, Sarah will be at a party and she’ll receive a tablet from Danny (Louis Healy), which she swallows. Noah is left horrified when she finds Sarah taking the pill, thinking that she needs to enjoy life whenever she can because she won’t live that long. Viewers may recall that she’s got a rare genetic disease that called Fanconi anemia. She’s already gone through various operations including bone marrow and heart transplant. She’s also suffered throat cancer.

Fans have seen the troubled teen skip school to hang out with her new mate Danny. But next week, she’ll be taking it up a notch as she tries to impress him.

Sarah goes to a party with Danny and Jayden and the pair gives her a mystery pill. Sarah takes the pill as she tries to be one of the gang, a move that shocked Noah.

Viewers know that Sarah’s family disliked Danny and it seems they feel that way for good reason. But Sarah doesn’t seem to agree. She likes the lad and wants to have fun with him, given everything she’s been through over the past year.

He had to endure the time she had to spend while waiting for a heart transplant. Unlike other kids, she wasn’t able to enjoy those things that usual children her age do.

Sarah also missed her mum after she decided to move to Scotland for a new job after Lisa awarded her with a garage on her will. With Debbie Dingle (Charley Webb) gone, Sarah is staying with Charity Dingle (Emma Atkins) and Vanessa Woodfield (Michelle Hardwick). But the pair is also having problems of their own so they really didn’t recognize her sneaking off to meet Danny when she’s supposed to be in school.

The young girl even berated Charity because she believes she needs to be given the chance to live her life, especially because it is possible for her to die early.

What will happen to her after taking the drug? The result of Sarah is yet to be revealed so viewers need to tune in.

The Bold and The Beautiful Spoilers: Ridge and Shauna Get Closer, Proves She’s There For Him – Love Triangle Complicates Bridge Reunion