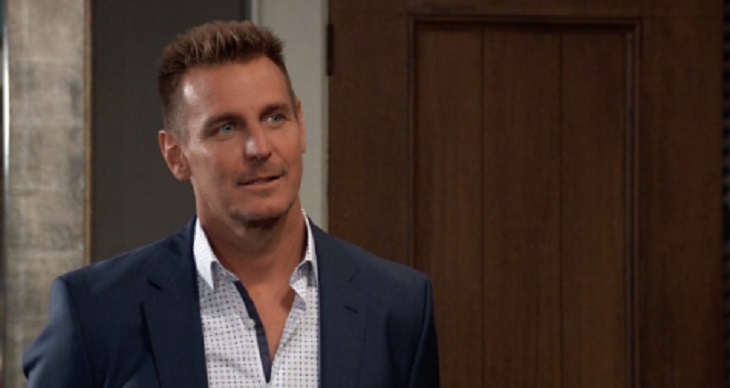 The Bold and the Beautiful (B&B) spoilers tease that Ingo Rademacher sounds off on whether he will return as Thorne Forrester. With so much going on the show, they could easily write a quick storyline for Thorne. But will Ingo return as the handsome Thorne?

Here’s what you need to know about what’s coming up on B&B.

Bold And The Beautiful Spoilers – Ingo’s Exit Was Rushed

Several months ago, Rademacher left B&B after expressing he wasn’t happy with the storylines. The show never utilized him in a compelling way. They kept him as a prop to bring Katie Logan (Heather Tom) and Bill Spencer (Don Diamont) back together.

One moment, it seemed like Katie and Thorne were happily married and the next, Thorne wasn’t happy, wanted a divorce, and moved away. It wasn’t rational at all. And, most Bold and the Beautiful viewers felt that the exit was very rushed.

And, the reason his exit was rushed was he signed a contract to reprise his role on General Hospital as Jasper Jacks. And, he felt that ABC could provide him a better storyline, and so far, he was right on the money.

Bold And The Beautiful Spoilers – Will Ingo Return As Thorne Ever?

When Rademacher left B&B, it was important that he could return if he chose too. B&B spoilers state that head writer/producer Bradley Bell told him that he would let him know if they needed Thorne to return. And so far, he hasn’t heard from Bell.

The actor is not ruling out his return in the near future. He would love to come back for a short stint, as long as it worked with his schedule. Rademacher has been busy lately taping on ABC’s General Hospital, so even if they would call him now, he would have to postpone Thorne’s return.

Knowing that the Logan and Forrester family’s lives are in turmoil now with the whole Beth reveal, Ingo wouldn’t be too surprised if he was asked to reprise his role. But he made it clear that he is not interested in a contract role, only a short arc on B&B.

Do you think Thorne will return? Would you like to see Ingo Rademacher back? Don’t forget to come back for more The Bold and the Beautiful (B&B) spoilers, news, and casting updates!