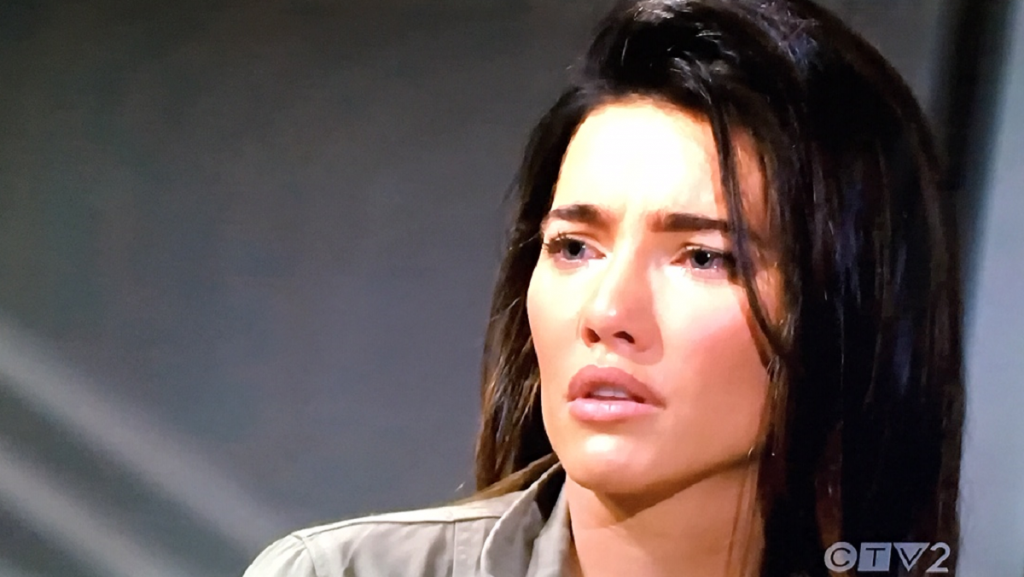 The Bold and the Beautiful (B&B) spoilers tease that Steffy Forrester (Jacqueline MacInnes Wood) is about to get the shock of her life when she learns that Flo Fulton’s (Katrina Bowden) charges have been dropped, and her father didn’t object to it.

Steffy wanted Flo to pay dearly for her role in giving her Hope Logan’s (Annika Noelle) baby to adopt. She raged at her that she should spend the rest of her life behind bars. However, the police and investigators believe they can use Flo to catch a bigger threat.

According to Soap Opera Digest, several months ago, executive producer Brad Bell said that he was going to tackle a social issue that no one is talking about on any of the other soap operas. This must be it. It sounds like he wants to address the black-market adoptions. Here’s what you need to know about what’s coming up on B&B.

With Flo’s deal to work with the cops to nail the black market big wigs, she is a free woman. The Bold and the Beautiful spoilers state that she will work to try to get the Forrester, Logan, and Spencer families to forgive her for her terrible actions. She knows it’s a long shot, but she hopes that eventually, they will warm up to her again.’

Thomas has the cards stacked against him too. His sister, Steffy wants nothing to do with him. Of course, she’ll eventually forgive him. But right now, it’s looking like Thomas will not have a place to live and his family, besides his dad, will be turning their backs on him.

According to CBS Soaps In Depth, it’s only a matter of time before Steffy learns that her dad didn’t object to Det. Sanchez’s (Jeremy Ray Valdez) deal for Flo. The Bold and the Beautiful spoilers say that she will rage at her dad and not understand why he would do anything that would help her. This woman, Flo, caused his family so much pain.

Ridge will try to explain that it won’t matter if he objected, the police needed her help. So, it was better for him to be at peace with it. Steffy probably will not understand and she will side with Brooke Logan (Katherine Kelly Lang) on this.

Bold And The Beautiful Spoilers: Ridge And Shauna Make A Secret Pact, Tough Times Ahead For Bridge @celebratesoaps #bb #boldandbeautifulhttps://t.co/find5yvDtH

However, a big custody case over Douglas Forrester (Joseph Henry Samiri) is coming and it will divide Steffy and Ridge against Hope and Brooke.

How do you think Steffy will react to the news that Ridge helped Flo get out of Jail? Don’t forget to come back for more The Bold and the Beautiful (B&B) spoilers, news, and casting updates!