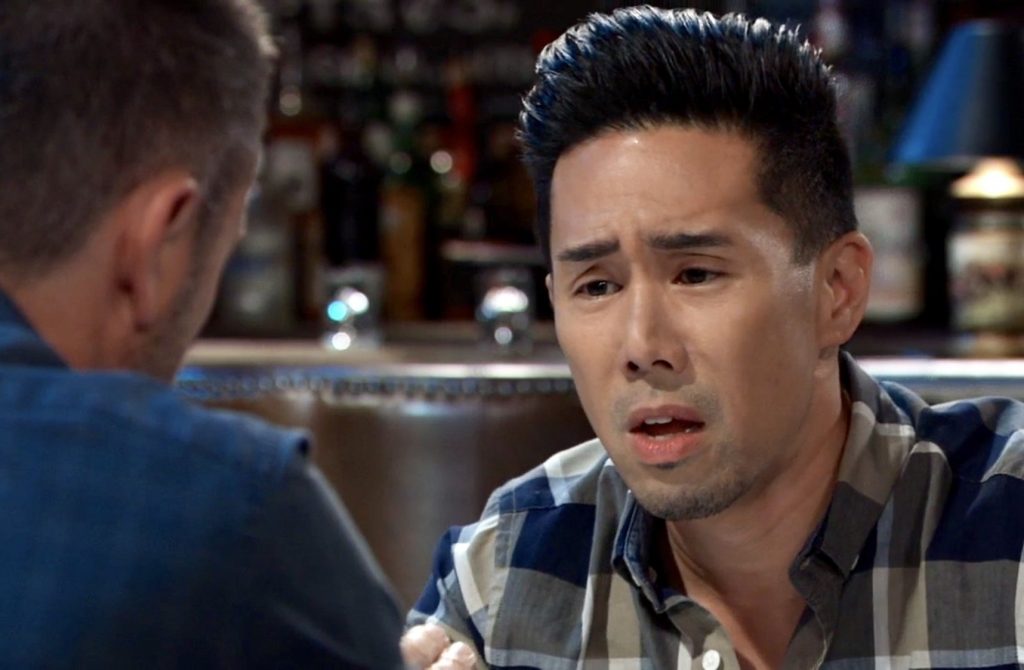 General Hospital star Brad Cooper, or Parry Shen in real life, is having a blast working with Erik and Theo Olson. The year-old twins, whom Shen described as a joy, share the role of Wiley Cooper- Jones.

He had so much to share about the kids. He revealed, “They’re very friendly and clap on cue!” He was even surprised when in one scene, one of the twins had to take a nap, and he did so right on cue. So Shen’s reaction was pure astonishment. “‘What the heck?’” he reacted.

Shen’s a vet when it comes to handling kids. As a father of two, he knows how to act around them unlike Ryan Carnes, who seems to feel a bit awkward when working with children. He even added that there were instances when Frank Valentini, the show’s executive producer, would say “‘Hey, Parry, show Ryan how to hold that thing!’”

Next week on General Hospital, the drama will continue in Port Charles. Harrison Chase (Josh Swickard) will offer assistance to Franco Baldwin (Roger Howarth) even after the latter threw a punch at The Floating Rib. Meanwhile, Liesl Obrecht (Kathleen Gati) will ask a favor from Brad Cooper (Parry Shen).

Brad may not want to do what Liesl asks of him but could be forced to do so especially since she knows a lot. This may even convince Brad to ask Julian Jerome (William deVry) to get rid of Liesl right away before she spills the beans to everyone.

Elsewhere, Valentin Cassadine (James Patrick Stuart) will find himself in a dilemma, which Obrecht will find amusing. His problem may have something to do with his fake daughter lie. This won’t be a cause of alarm for Obrecht, maybe because of the favor she asks from Brad.

Laura Webber (Genie Francis) and Curtis Ashford (Donnell Turner) will both share a secret. They don’t want to let other people know, but they also don’t want to lie. So, the pair might end up giving someone half of the truth while they try to find a solution.

Something will upset Michael Corinthos (Chad Duell) but the latter will find the support he needs from Willow Tait (Katelyn MacMullen). She’ll console him and be there for him just like how he supported her on different occasions.