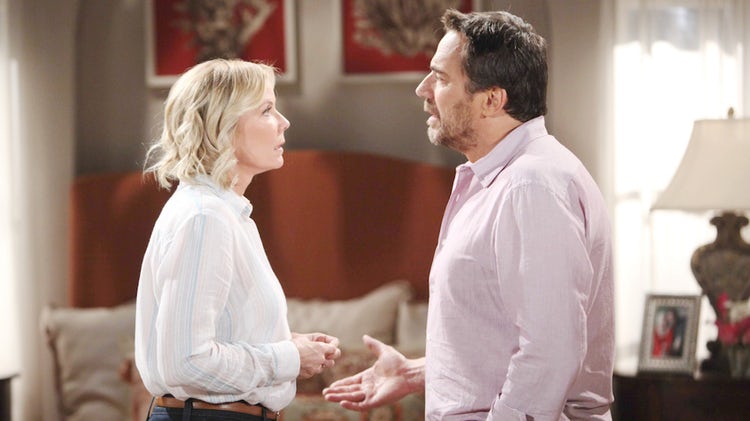 Ridge Forrester (Thorsten Kaye) didn’t expect to be lenient on ‘The Bold and the Beautiful’. He still detests what Flo Fulton (Katrina Bowden) did to his family. But legal considerations regarding Thomas Forrester’s (Matthew Atkinson) future proved too strong to discount.

Putting his son’s welfare over perceived justice for Flo was the first decision Ridge made. Along with that, he also understands that a fierce family response will be felt regarding his choices.

Brooke Logan Forrester (Katherine Kelly Lang) wasn’t even thinking about Flo escaping justice. Lang’s iconic B&B character never considered that the woman who pretended to be a birth mother and then chose to remain silent about Beth Spencer (Madeline Valdez and River Davidson) being alive, even after learning that she (Flo) was a member of the Logan family, would be leaving prison so soon.

Ridge blamed Brooke for Thomas’ fall off the cliff. From his perspective, which dates back years, not just to the incident, Brooke intended Thomas harm.

Brooke pleaded with Ridge, trying to convince him that she was simply separating Thomas from Hope Forrester (Annika Noelle). The couple seemed liked they were fighting, which proved to be a misinterpretation on both Brooke’s and Hope’s end. But Brooke’s efforts remain in vain and now Ridge seems to have colluded with the enemy, Flo. 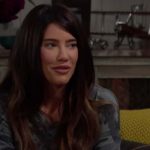 Steffy Forrester (Jacqueline MacInnes Wood) already let her brother and Flo have it.

Wood’s character visited Thomas in the hospital earlier this week. She acknowledged being glad that he survived. But Steffy also needed time to allow him to be strong enough to hear what she had to say. The shimmy was that she scolded his selfish choices, didn’t want to be around him moving forward, and was going to protect her remaining daughter, Kelly Spencer (Zoe Pennington and Allison Marcia Sweeney), from him.

Now, Steffy’s frustration is going to turn toward her father. Thomas will again look like the protected favorite child. Ridge’s choice to not fight Flo’s immunity deal so that Thomas’ name won’t be dragged into court, or into the court of public opinion, is outrageous.

Bold and the Beautiful POLL: Will Thomas Avoid All Legal Justice? @celebratesoaps https://t.co/LjOGOzDSnv

‘Bridge’ has endured so many challenges through the years. However, Brooke and Ridge have always found their way back to each other, as is true in 2019. But this dispute feels dangerous, as Katie Logan (Heather Tom) and Donna Logan (Jennifer Gareis) pointed out to their sister.

Ridge is placing his son’s well-being above Brooke’s feelings. Whether he thinks she’ll eventually relent, or doesn’t care about her reaction isn’t clear.

The next great test of one of B&B’s all-time couples is underway. Fans will be watching to see if ‘Bridge’ collapses, or survives.