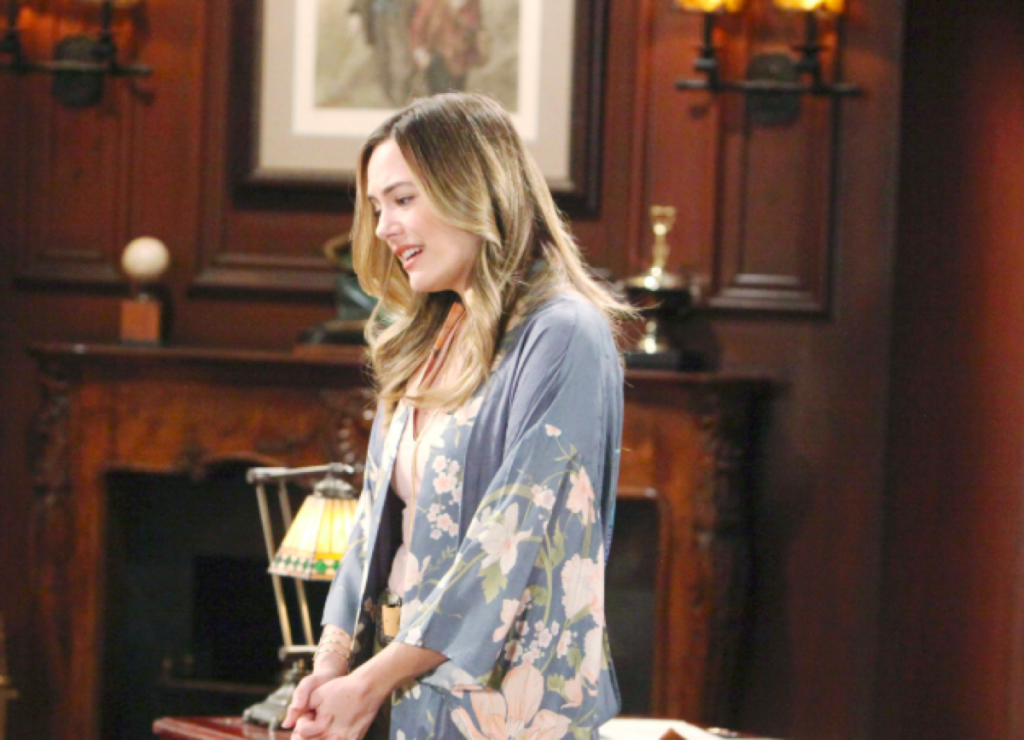 The Bold and the Beautiful spoilers reveal Hope Logan (Annika Noelle) will end up stunned next week. She discovers that Thomas Forrester (Matthew Atkinson) is planning a romantic scene. However, she is shocked — and perhaps a bit disappointed — to find out that it’s not for her. If not for Hope, then who does he have his sights on? Or is this just another scheme to get Hope to put her guard down?

B&B spoilers tease that Thomas is up to his old tricks again. He wants Hope for himself and that desire intensifies after his heated discussion with Liam Spencer (Scott Clifton). Even though Liam was trying to make things better for Hope, he ended up making things worse. Plus, he clued in Thomas that he needed to be more careful this time.

It is revealed that Thomas plans a big romantic set-up for a young woman. It is quite the scene and Thomas hasn’t forgotten anything. He makes sure everything is perfect. However, Hope is in for the shock of her life. It will either be a reality check or she is being played once again.

The Bold and the Beautiful spoilers confirm that when Hope realizes that the romantic scene is not for her, she is stunned. After all these months of refusing his advances, she claimed to have wanted him to leave her alone. Now he is doing that, but she feels a bit jealous. She really liked being the center of attention, after all, even if she will never admit it.

‘The Bold and the Beautiful’ Spoilers: Ridge Considers Future – Shauna Not Willing To Believe In Miracles https://t.co/eZpxJAymZK pic.twitter.com/FgtrZSnQi4

The Bold and the Beautiful Spoilers: Using Zoe Buckingham

So, who is the girl on Thomas’ mind? Don’t get too excited about a new love interest. There is a good chance that Thomas is using reverse psychology. In order to get everyone, including Liam to relax, and to get Hope’s guard down, people have to believe he is interested in another woman.

Since Zoe Buckingham (Kiara Barnes) already has expressed interest in him, will Thomas use her? Does she realize she is just part of a scheme? How will she react when she discovers that her heart is just a game, toy or prop to Thomas? And will his plan work on Hope? Fans will have to keep watching the CBS soap opera to see how this plays out.