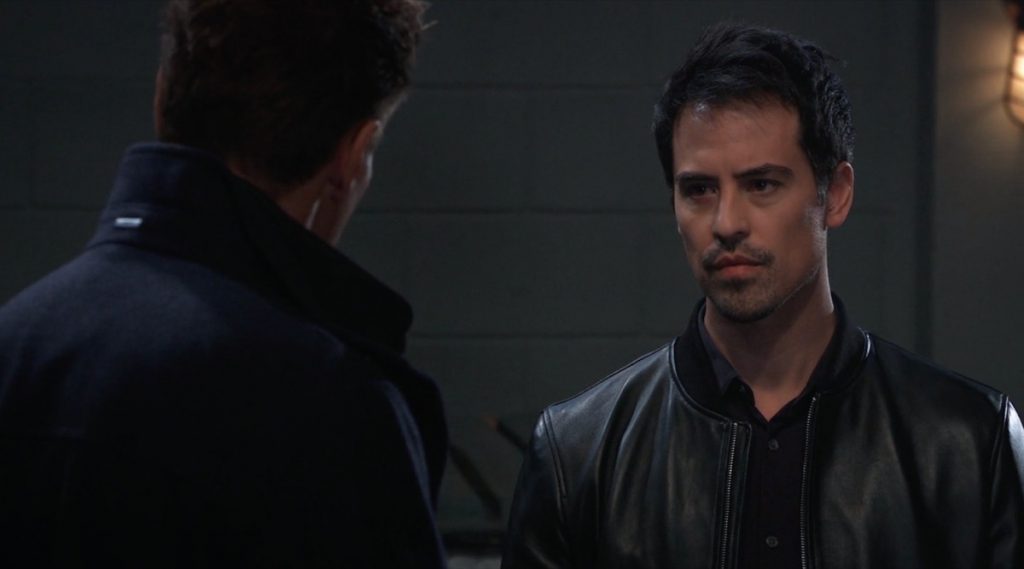 General Hospital spoilers reveal that Jasper “Jax” Jacks (Ingo Rademacher) is getting fed up with his houseguest. What will he ultimately do about Nikolas Cassadine (Marcus Coloma)? Keep reading to discover everything known about these characters and the storyline so far.

GH spoilers hinted that there would be some surprising comings and goings. Some fans predicted that one would be Nikolas Cassadine. Those speculations turned out to be true. Hey, on a soap opera, death means nothing. Anyone can come back from the dead!

However, few people know about Nikolas. One of those is Jax and he is really struggling with keeping everything together, holding onto secrets and lying to those he cares about. However, slowly truths are being told. But there is no way Jax wants to pay the price.

During a recent episode of the ABC soap opera, Jax came over to Sonny Corinthos (Maurice Benard) and Carly Corinthos (Laura Wright) house on Thanksgiving. He claimed to be there to see his daughter, Josslyn Jacks (Eden McCoy). However, she wasn’t there. Since Jax was available, Carly took the time to give him a stern warning about his secrets and the consequences. That is when he told her he had a deadline and was committed to sticking to that date.

General Hospital spoilers for next week reveal that Jax will grow impatient and frustrated with Nikolas. This has already been seen lately. In fact, it seems like Jax is getting straight up fed up with the whole situation. He even called Nikolas to secretly meet him to confront the “dead man walking” about Hayden Barnes (Rebecca Budig).

As fans know, Nikolas had just come from terrorizing Ava Jerome (Maura West), who was convinced she was seeing a ghost. Afterward, Nina Reeves (Cynthia Watros) went to the psychiatric unit to visit Ava. She had to do some convincing with the nurse and that’s when she walked into Ava’s room and found her crumpled up on the floor.

Psychiatrically speaking, she wasn’t any better, but worse. In fact, she was an absolute mess as she told Nina that Nikolas was there. Nina was stunned until she found a ring underneath Ava’s hospital bed. It seems that between this and Jax growing impatient, the secret could be close to coming out. However, what will be the fallout? Fans will have to keep watching the ABC soap opera to see how this storyline develops.