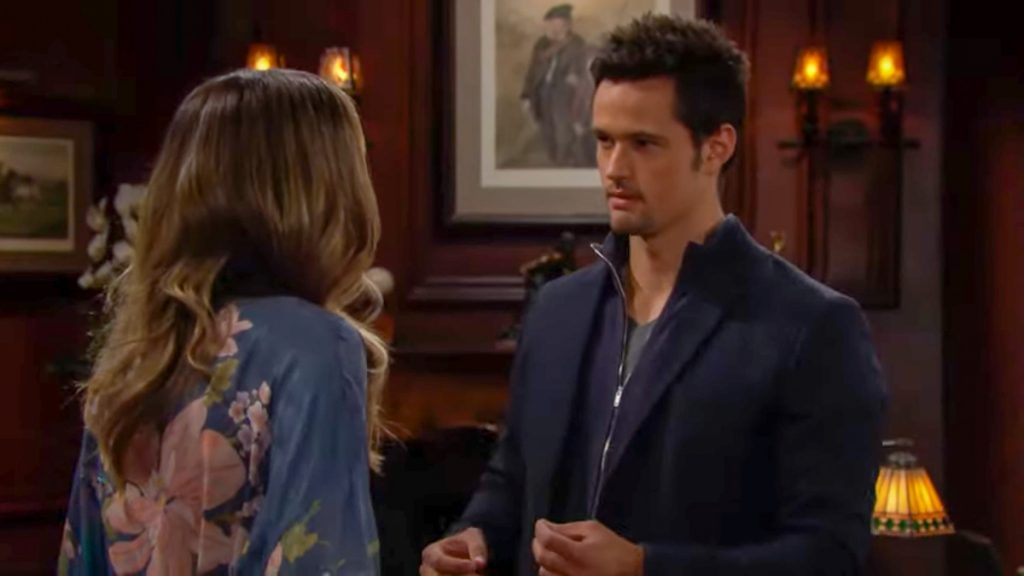 The Bold and the Beautiful spoilers tease that Thomas Forrester’s (Matthew Atkinson) ability to make things happen will continue to adjust the dynamic on B&B. Believing that he’s going to be with Hope Logan (Annika Noelle) again, Thomas is also sure that his sister will regain her true love.

Bold And The Beautiful Spoilers – Destiny Goes Beyond Bridge

Ridge Forrester (Thorsten Kaye) has used that term, destiny, relating to his relationship with Brooke Logan Forrester (Katherine Kelly Lang). But it can sound like a cliche through overuse.

However, Thomas isn’t just thinking optimistically in regards to Steffy’s future. He sees a Steam revival as the result of Thope Part II.

Building off his father’s past efforts, Thomas is putting all of himself into trying to make Hope believe that he’s a better man. He’s also being shrewd, as making Hope focus on her own actions shifts the spotlight off himself.

Agreeing to share legal custody of Douglas Forrester (Henry Joseph Samiri) with Hope represented a watershed moment in Thomas’ quest. He previously engineered a bond between his son and the woman he claims to love. Now, Thomas has secured regular contact with Hope through the legal action she took.

While Hope is still in love with Liam and has no plans to ever be with Thomas, daytime is a place where change happens. The next step won’t be an easy one for Atkinson’s character and he’s well aware that patience will be needed to realize a legitimate relationship commitment with Hope. But this man is persistent.

The Bold and the Beautiful Spoilers: Hope to Make a Choice Between Liam and Douglas – Will She Choose New Son Over Real Family? @celebratesoaps #BB #BoldandBeautifulhttps://t.co/awvXEYnomg

Bold And The Beautiful Spoilers – Steffy Forrester Must Believe As Well

Steffy is very happy with her daughter, Kelly Spencer (Zoe Pennington and Allison Marcia Sweeney) She’s also rolling at Forrester Creations, as co-Chief Executive Officer with Ridge. But Steffy recently acknowledged to Thomas that she’d like to be with Liam and their daughter at the cliff house.

Thomas’ encouragement might be enough to push Steffy to fight for Liam again. She’s been burned in the past, which is why hesitancy exists.

Yes, a Steam reunion is possible, especially because it would benefit Thomas. So now viewers will watch to see what the other two characters, Liam and Hope, do next. Lope’s dynamic will telegraph this connected tale.