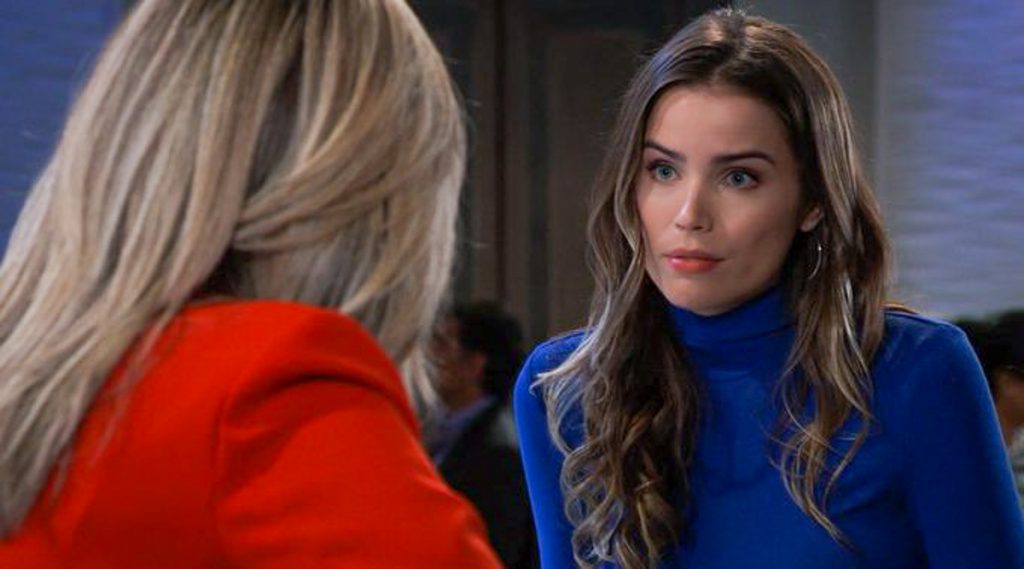 General Hospital (GH) spoilers tease that Sasha Gilmore’s (Sofia Mattsson) new position with Deception may take her out of Port Charles for an extended period of time. Lucy Coe’s company is basically relaunching from scratch, and that will mean the new face of Deception herself will most likely be required to travel quite as the relaunch occurs. But where will that leave her relationship with Michael Corinthos (Chad Duell)?

General Hospital Spoilers – Michael Corinthos has a lot going on

Even since Brad Cooper (Perry Shen) and Lucas Jones’ (Ryan Carnes) car accident, Michael has stepped up to care for Wiley Cooper-Jones, who Michael still believes is his godson, but in all actuality is his own biological son, Jones Corinthos. Assisting with Wiley’s care has been Willow Tait (Katelyn MacMullen). Just as Michael has no idea that Wiley is his son, Willow believes that Wiley is the son she gave up for adoption to protect him from nefarious cult leader Shiloh Archer (Coby Ryan McLoughlin),

The reason for all this mistaken identity is the baby swap that Brad and Nelle Benson (Chloe Lanier) dreamed up after Willow’s son died that night that Brad brought him home from the hospital. Since Nelle knew she was likely going to prison, she didn’t her and Michael’s son to be raised by his father. But it seems as though the secret won’t be a secret for much longer.

Michael and Willow will undoubtedly bond as they care for Wiley, and once the about the swap comes, both of them will be extremely emotional. If Sasha is still out of town, Michael will most likely turn to the one person who is feeling just as deceived as he is. At this point, it seems as though Michael and Willow are destined to become a couple. It will be interesting to see how they react to all the lies.

Will Sasha’s Deception position lead her out of Port Charles for extended periods of time? Just how close will Michael and Willow become as they bond over Wiley and the baby swap? Some big changes are coming up in Port Charles, so stay tuned to General Hospital airing weekdays on ABC. And don’t forget to check back here regularly for all your General Hospital news, information and spoilers!

‘The Young and the Restless’ Spoilers: Christmas Wishes Abound In Genoa City For The Newman’s And The Abbott’s