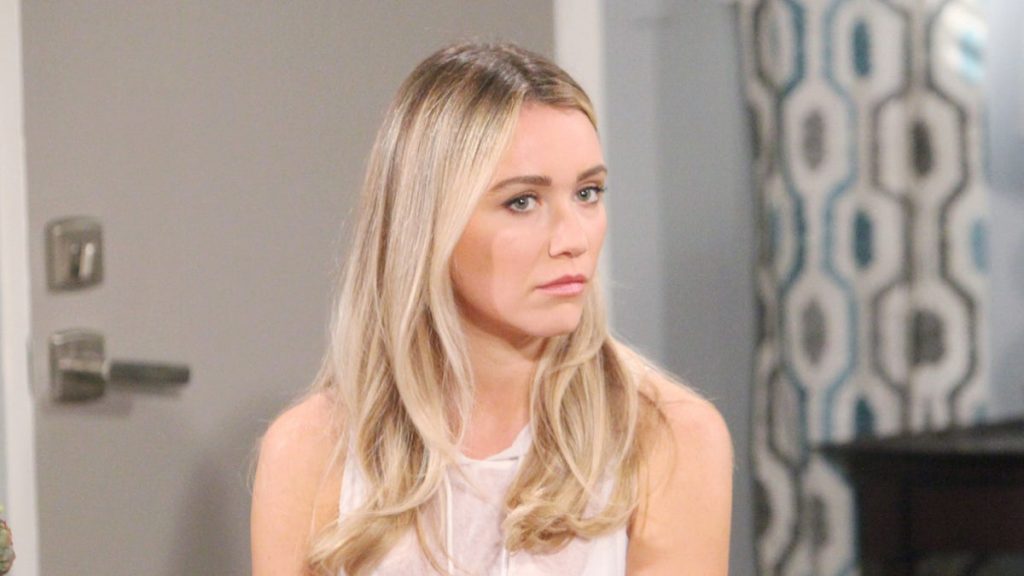 Flo will take the completely unexpected chance she’s been given and begin working on her life’s restoration. She’ll try to earn Wyatt Spencer’s (Darin Brooks) trust as part of her goal to regain his love.

Wally is back in business after Sally Spectra (Courtney Hope) accepted Wyatt’s request for a second chance. While this revived couple appears strong at the moment, B&B fans know that Wyatt’s first love is Flo. Plus, the conflict exists when three people are intertwined in daytime.

Bold & The Beautiful Spoilers – Third Time Is The Charm

Flo’s release also appears to signal that Bowden will remain part of the cast. Fans were right to wonder if she would consider her character’s situation. But with that possibly seemingly closed, Flo stays and can be considered a threat to Sally.

As viewers recall, Wally replaced Batie, after Wyatt and Katie Logan (Heather Tom) amicably agreed to split up. Hope had been off-screen for a while, as the remainder of the Spectra Fashions’ contingent was written out.

Wyatt’s quick dump of Sally proved to be an overreaction. Sally was chided for not telling Wyatt about Thomas Forrester’s (Matthew Atkinson) plan to be with Hope Spencer (Annika Noelle), which was her last name at the time.

Flo was a link to the past, as she and Wyatt were high school sweethearts. Brooks’ alter ego was unable to resist Flo’s powerful pull, which suggests that history could repeat a third time.

On the other side of the screen, someone like Flo would remain in jail for many years. Posing as a faux birth mother is a crime that deserves jail time.

The immunity deal that Detective Alex Sanchez (Jeremy Ray Valdez) is considering involves the criminal underground, where phony adoption papers are peddled as part of a lucrative industry. Flo’s testimony is seen as valuable in countering the network Reese Buckingham (Wayne Brady) accessed to fuel his baby steal and sale scheme.

Even with her freedom being reclaimed, Flo is going to have a hard time making it in Los Angeles, California, now that she’s been ostracized by her recently realized Logan family. Storm Logan’s (William deVry) unknown daughter was initially embraced by her famous family. But the Beth Spencer (Madeline Valdez and River Davidson) debacle likely means Flo will need to return to her working-class roots unless someone offers assistance.

Soap opera characters have a way of pushing through the most unexpected circumstances. Flo went from working in a casino in Las Vegas, Nevada, to holding a prime spot at Forrester Creations, and then landing behind bars.

Wyatt is the sole person with access to power who is still fond of Flo. While he was hurt by her betrayal of his trust, Wyatt retains deep feelings for Bowden’s character.

High school is long past for both people and recent events should hamper Flo’s options. But tomorrow isn’t yesterday, meaning that Flo’s comeback story will be intriguing.