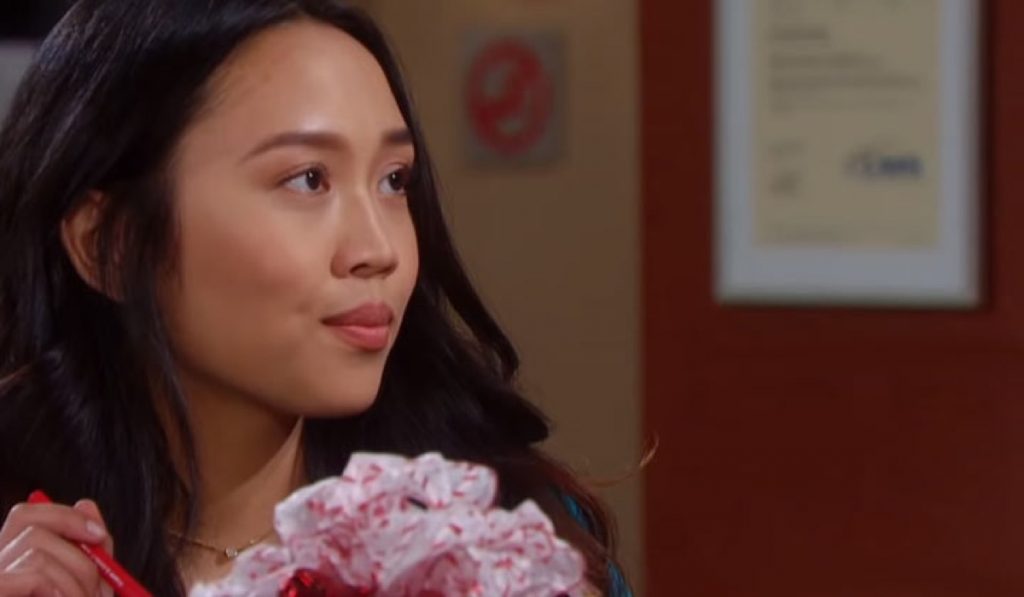 Days of Our Lives spoilers reveal that there is another mental health storyline coming up. It has to do with Haley, who seems to be suffering from post-traumatic stress disorder (PTSD). If she continues to hide this from JJ Deveraux (Casey Moss), how will it affect her future? Could it also affect her job and immigration status?

Ever since Ron Carlivati came on board as the head writer, there is a lot of focus on mental health. Dissociative Identity Disorder (which is different than Multiple Personality Disorder) was Abigail’s (Kate Mansi) storyline before she recovered. There was also what happened with Claire Brady (Olivia Rose Keegan) and Haley’s suicide attempt when she first appeared on the show.

Now, it appears that Haley is suffering from the trauma inflicted on her from Claire. The NBC soap opera is a good platform for increasing awareness and education about mental health.

Claire attempted to burn Haley alive when JJ and Tripp (Lucas Adams) tried to help her avoid deportation. She also did many other things that are not easy for Haley to forget. While it was going on, Haley remained strong. Now that it is over, Haley’s mind is reacting to everything she has been through. She has trouble sleeping, has nightmares and is even hallucinating Claire trying to kill her and others she cares about.

So far, Haley has kept her symptoms a secret from everyone except Tripp. She is even hiding it from her own boyfriend, JJ. Tripp even went as far as to get a tranquilizer from his doctor to give to Haley. All of these things can have devastating consequences. It also seems odd that Haley won’t confide in JJ, but will lean on Tripp. It seems that maybe she trusts him more and this could eventually lead to JJ and Haley breaking up.

PTSD is a serious mental health condition. While it probably won’t affect her becoming an American citizen, it will affect other areas of her life. Haley works in a hospital and can’t be having hallucinations while dealing with patients. She could be put on medical leave until she is properly treated.

What do you think of Haley having a mental health storyline? What do you believe will happen?