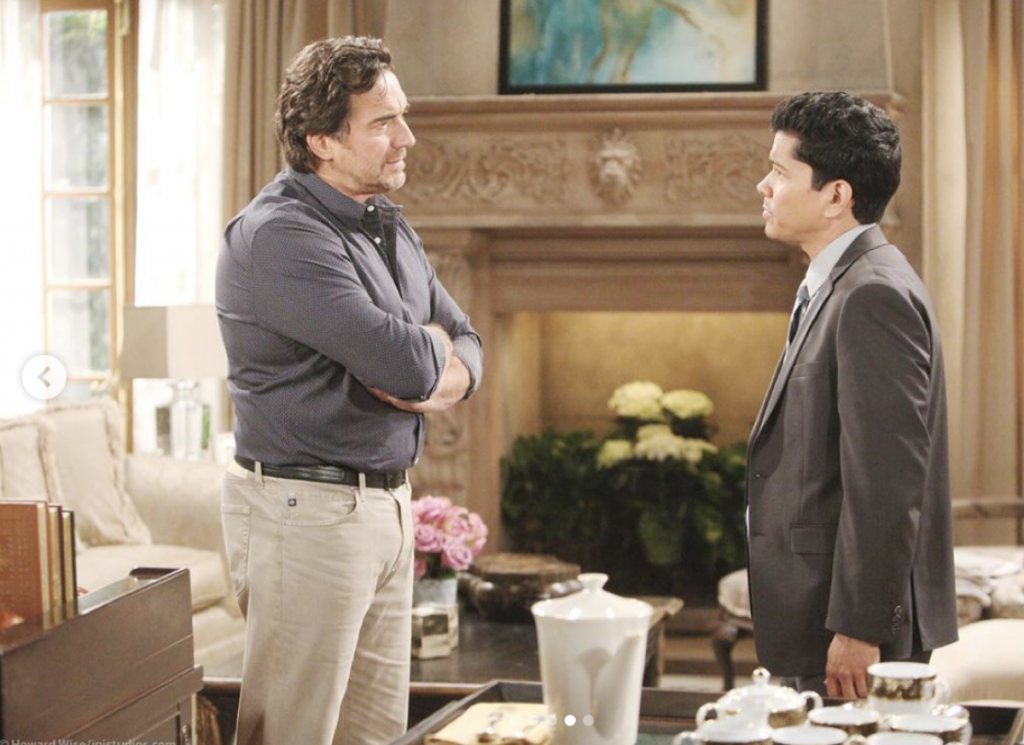 Flo Fulton (Katrina Bowden) doesn’t deserve to carry the last name Logan on ‘The Bold and the Beautiful’. So, it’s being removed from her name references unless something changes moving forward, which matches what the Logan clan wants. They’ve disowned her (and her mother) from the family.

Brooke Logan Forrester (Katherine Kelly Lang) and her husband, Ridge Forrester (Thorsten Kaye), are seeking full justice for the extended crimes that were committed against Hope Forrester (Annika Noelle), Liam Spencer (Scott Clifton), and baby Beth Spencer (Madeline Valdez and River Davidson), who was fully healthy on the day she was born as her delivering doctor has known all along.

The Logan’s righteous anger exists because Hope, Liam, and Beth were victimized by the disgusting (a word often used within B&B’s recent dialogue) crimes committed against them on a day that was worthy of full joy.

Meanwhile, Flo was hearing an earful from Beth’s mom. Hope, who’s not known for being aggressive, laid into her newfound cousin, who totally betrayed her trust and that of many other characters who are linked to this compelling arc.

Flo weakly cited the pressure Reese Buckingham (Wayne Brady) applied to her and the threats that Thomas Forrester (Matthew Atkinson) has continued making long after that fateful night on Catalina Island ended in horror.

Bold and Beautiful Spoilers – Jail Should Come Next

At least Flo is aware that she deserves to go to jail for pretending to be Beth’s birth mother and for her subsequent enabling of Reese’s gambling repayment scheme by remaining silent for so many months. Hope was upset during this soul purge, but didn’t stop the woman who aided in the baby Beth steal and conceal these past many, tortuous months. Forgiveness isn’t on the table.

One wonders if Flo and Shauna used a car service to arrive at Hope’s cabin, as they couldn’t drive, right?

‘Bridge’s’ call to the authorities results in Flo’s arrest. Though it’s fair to wonder if Ridge will come under scrutiny for taking a variety of driver’s licenses, which was a form of vigilante justice.

Whether Flo is successfully prosecuted and then spends significant time behind bars is yet to be determined. Savvy soap fans know that Bowden’s character is very appealing and that she’s played her part to the hilt.

It’s possible that Flo was meant as a limited-run character from the jump. But if she’s not that then some type of legal intervention, or meaningful event, will have to occur. The crimes she’s linked project to her wearing unfashionable prison garb for many years.