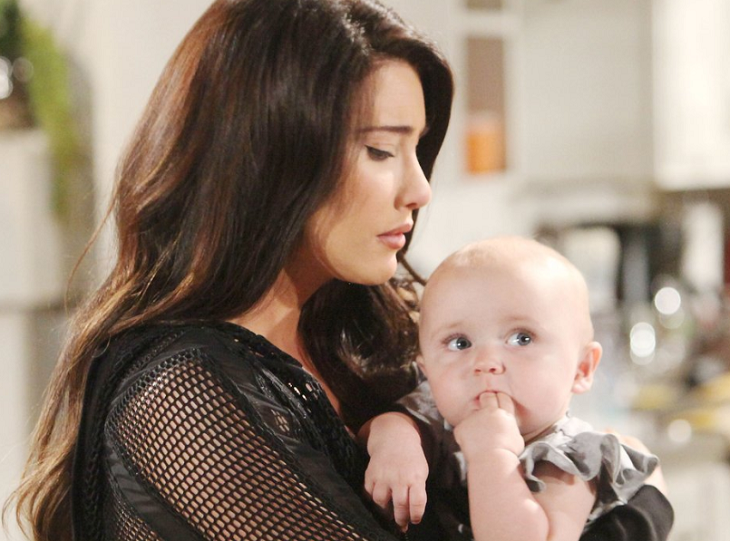 Beth Spencer (Madeline Valdez and River Davidson) is alive and well on ‘The Bold and the Beautiful’. Phoebe Forrester was Beth all along. The hero of the story, Douglas Forrester (Henry Joseph Samiri), made sure her parents knew.

Along with the wonderful news that Lope’s child was not stillborn on Catalina Island comes the radical change in Steffy Forrester’s (Jacqueline MacInnes Wood) life. The baby she adopted, who she named Phoebe in honor of her departed fraternal twin, had to be given to her parents.

Hope Forrester (Annika Noelle) and Liam Spencer (Scott Clifton) are fully appreciative that Steffy cared for their child during the first months of her life. They also want this transition period to go smoothly. Along with that, there’s one choice that can be made to honor Steffy’s sacrifice.

Clearly, Lope’s daughter could not continue to be called Phoebe, as she is Beth. However, making Beth’s middle name Phoebe, or adding that name to whatever other middle name may have previously been chosen is the right thing to do.

Hope and Liam have complete empathy for Steffy. She is the person who unknowingly rescued Beth. Without her agreeing to apparently adopt Beth from Dr. Reese Buckingham (Wayne Brady), in what actually was an underhanded sale, there’s just no telling what would have become of ‘Lope’s daughter.

Reese and Flo Fulton Logan (Katrina Bowden) may claim that they were looking out for Beth’s best interests in placing her with Steffy. However, money talked. The quarter-million bucks Reese knew Taylor Hayes (Hunter Tylo) would pay enabled Steffy to become the adoptive mother.

Bold And The Beautiful Spoilers – Her Resilience Allowed No Drama

As B&B fans saw, Steffy was able to digest the baby reveal shock while Hope, Liam, Ridge Forrester (Thorsten Kaye), and Brooke Logan Forrester (Katherine Kelly Lang) were present at the cliff house. Then, Steffy’s resilience shined when she allowed them to take Beth to the cabin with no drama.

Wood’s performance was deeply touching, as the pain Steffy bore was balanced by her recognition that Beth, not Phoebe, was in her real birth mother’s arms. While Liam, the man Steffy still loves, stood with his additional family, she made an impossibly painful, but necessary decision.

Liam and Ridge are particularly concerned about the effect all of this will have on Steffy. So, maintaining Phoebe’s name within Beth’s full moniker will forever highlight this crucial part of her life. It will also honor the role her protective mother played in it.

Flipping the couple’s script once more, B&B’s evolving storyline currently indicates that Hope and Liam will reconcile. That’s logical, as Liam hadn’t fallen back in love with Steffy after the ‘Lope’ annulment.

The seeming reconvene that happened at the cliff house wasn’t the start of a Steam reunion. Thomas Forrester’s (Matthew Atkinson) pending return will also likely reveal that he spiked Liam’s margarita. This is what caused Liam’s passion to heighten.

A Steam sequel is likely not in the soapy cards. So honoring Steffy by keeping the Phoebe name alive is another way Lope can demonstrate gratitude.