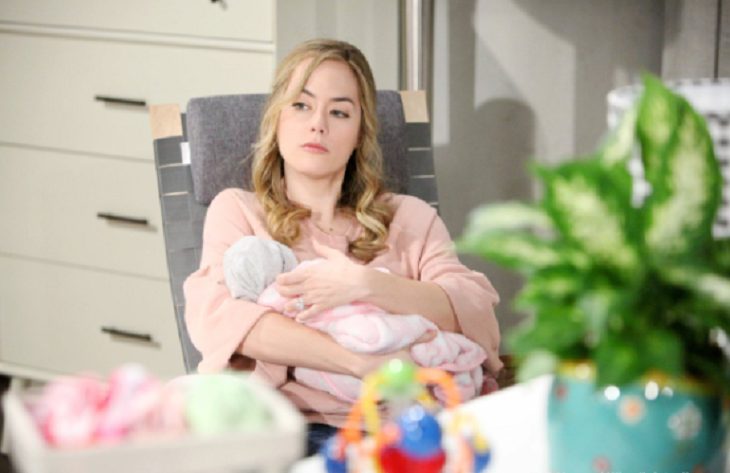 Beth Spencer (Madeline Valdez and River Davidson) is back to herself on ‘The Bold and the Beautiful’. She was always a delightful baby, but was being called Phoebe Forrester by a poor soul, Steffy Forrester (Jacqueline MacInnes Wood), who had no idea that an illegitimate adoption took place.

The sight of Hope Forrester (Annika Noelle) and Liam Spencer (Scott Clifton) sitting on the sofa at the cliff house with Beth in between them took months of storyline to achieve.

Now, they and the little girl’s other relatives will begin to seek justice for all that’s happened since that fated night on Catalina Island. 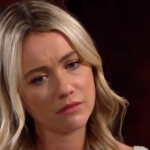 The Bold and the Beautiful Spoilers – Dark And Stormy Night

The atmosphere was classic, as a storm was part of the bizarre circumstances that took place on Catalina Island during the night of the ill-advised baby moon that ‘Lope’ pursued just prior to Beth’s birth. The results were disastrous, as Dr. Reese Buckingham (Wayne Brady) kidnapped Hope and Liam’s child.

Reese placed the dead body of a stillborn baby another woman delivered in the clinic, where he’d recently accepted a lucrative position. But the money he was making wasn’t nearly enough to pay back the two hundred large he owed to his bookie, Mr. Thicke (Joey Travolta).

So, Brady’s character developed a scheme on the spot. He would tell ‘Lope’ that their baby died. That was possible because Hope passed out during delivery and Liam hadn’t yet arrived due to the high winds that were in the area.

Bold and the Beautiful Spoilers: Flo Has No Excuse For Actions – Wyatt Devastated By Betrayal @celebratesoaps https://t.co/fhtJGoO5Fm

Seasoned soap fans know, from many years of experience in watching this and other shows, that the Beth-Phoebe storyline wasn’t that long. A plot that plays out for a handful of months is actually standard, if not a bit less than what many other arcs have been through the years.

B&B, being the only broadcast network steamer that clocks in at thirty minutes, which includes commercials, generally focuses on one, or two main stories at a time. It’s cast is also approximately half that of the hour-long daytime dramas.

So, a smaller contingent of characters must be focused on. This storyline naturally became dominant since it first started, due to the number of fictional Los Angeles, California-based personalities who became part of the mix.

The Bold and the Beautiful Spoilers – Justice Follows Climax

Hope, Liam, Beth, and Steffy all deserve justice. But what will that look like?

At the very least, Reese must be arrested, prosecuted and jailed for the crimes he perpetrated. But Thomas Forrester’s (Matthew Atkinson) situation could be different.

Knowledge of Thomas’ past history of mental illness can be tapped as an explanation for all of his actions, or possibly some greater internal malady will be exposed. In any regard, he needs to face justice as well, even if it’s inside a facility for the criminally insane.

As for Flo Fulton Logan (Katrina Bowden). She was Reese’s willing accomplice. Flo also withheld what happened for many months. Both bad points have to be addressed by the legal system and among those who know her.

The Bold and the Beautiful Spoilers: Does Wyatt Have a Right to Pry in Sally’s…

The Bold and the Beautiful Spoilers: Is Thomas About To Change His Tune? Long Road to…