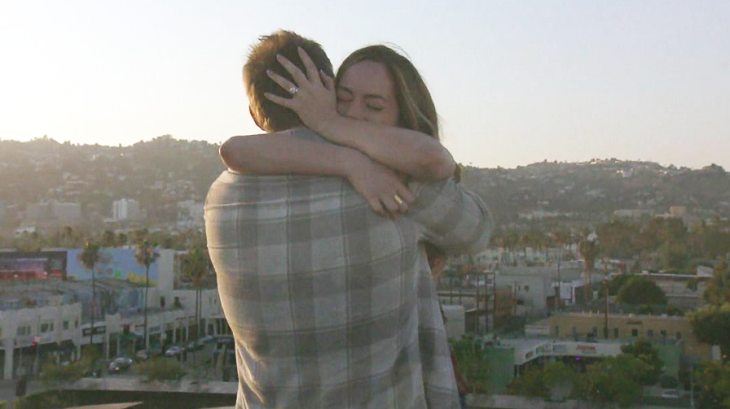 Steffy Forrester (Jacqueline MacInnes Wood) is devastated over the latest revelation, while Flo Fulton (Katrina Bowden) tries to convince Wyatt Spencer (Darin Brooks) to give her a second chance. Here’s what you need to know.

It begins at the cliff house where Ridge Forrester (Thorsten Kaye) is just as confused as Steffy is about Phoebe being Beth. Steffy is pretty sure that Flo will tell Hope the truth and that everyone is just acting irrational. However, Steffy can’t help but admit that her stomach is in knots. Ridge agrees that Liam must be going through a lot right now and that he is a mess.

At the Forrester Creations office, Thomas tries to get in while Liam is trying to tell Hope that their baby is alive. Liam also tells Hope that her new husband Thomas knew about this all along. At that moment, Thomas comes in and is livid.

He begins shouting at Liam and tells him to keep his distance from his wife. When Liam mentions how Thomas managed to manipulate his own son Douglas Forrester (Henry Samiri) in all of this, Thomas sucker punches him. Thomas then bursts into tears and tells Hope that they have to go.

Thomas grabs Hope and heads to the rooftop, where he is hoping that a helicopter will whisk them away. He says that Liam is lying while Hope is nervous and scared. Hope is upset that Thomas hit Liam and can’t believe what’s going on.

Liam then appears and the two get into a fistfight. Thomas manages to escape. Liam explains everything that happened and says that Steffy didn’t know about the swap either. Hope now believes that her baby is alive and the two embrace. Liam says that they finally have their family back.

Back at the beach house, Flo insists that she didn’t know anything about Dr. Reese Buckingham’s (Wayne Brady) plan until it happened. Wyatt doesn’t look like he’s convinced. She admits that she has been in agony each and every day and wishes she could have told Hope the truth but there was always something or someone who got in the way.

Bold and the Beautifuls Spoilers: Logan Women Lower Boom On Flo – She Must Pay! @celebratesoaps https://t.co/7zLLm5jatC

Wyatt tells her that the person who is standing in front of her is a person who can’t be trusted. He wants nothing to do with her. Flo protests. She says she still loves him and that she’s not a bad person. Wyatt still can’t believe she withheld such important information. She could have been a hero if she told the truth. Flo says that it’s too late now. She’s happy Hope has her baby but says she will probably end up going to jail now.

Keep up with Soap Opera Spy for all the latest Bold And The Beautiful news and spoilers.