The Bold and the Beautiful spoilers for Tuesday, August 6 finds Shauna Fulton (Denise Richards) realizing that things are about to come crashing down for her daughter Flo Fulton (Katrina Bowden) now that she has made her confession.

Also, Liam Spencer (Scott Clifton) and Hope Logan (Annika Noelle) are finally a family of three again with their baby. Brooke Logan (Katherine Kelly Lang) decides to take matters into her own hands while Ridge Forrester (Thorsten Kaye) is stunned over the latest revelations.

It begins on the rooftop of Forrester Creations, where Liam and Hope kiss. Liam promises to take Hope back to Beth and says that he will explain everything later on. 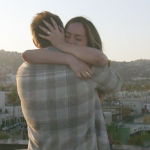 Ridge and Brooke are making out at home, but she senses that something is going on. Ridge points out that he’s been talking to Steffy Forrester (Jacqueline MacInnes Wood) and that something isn’t right with Liam. He explains how Liam is doubting that Flo is Beth’s birth mother and that he contacted the hospital in Las Vegas to see if she had even given birth. Brooke says that she trusts Liam’s instincts.

She even recalls how Shauna was shocked to find out that her daughter was even pregnant and that she had given up a baby for adoption. Brooke is then surprised to find out that even little Douglas (Henry Samiri) apparently thinks that Phoebe is Beth. Brooke wants to find out more.

Back at the cliff house, Hope is overcome with emotion. She finally has her baby back. The little girl says mama and Hope is crying from happiness. She also has flashbacks to what had transpired back at Catalina Island. Liam watches them and they both vow that they will never let anyone or anything break their family apart ever again.

Bold and the Beautiful Spoilers: Flo Has No Excuse For Actions – Wyatt Devastated By Betrayal @celebratesoaps https://t.co/fhtJGoO5Fm

The Bold and the Beautiful Spoilers – Should Doctor Reese Buckingham Pay For His Crime?

At Forrester Creations, Shauna sees Flo packing her belongings. Now that the truth is out, Flo is ready to get out of town. Flo tells her mother that everyone knows about the secret. Shauna points out that the doctor involved, Reese Buckingham (Wayne Brady) needs to pay for this scandal, too.

But that’s the least of Flo’s problems. She knows that the entire Logan family will hate her now and that she has to leave. They think about a Plan B, but Flo doesn’t seem convinced that anything will work for her now. Shauna is panicking. Ridge and Brooke arrive. Both want to know what’s going on. Flo begins to explain that she was never the little girl’s baby. When Brooke asks if it’s Hope, Flo says yes. Brooke is left stunned while Shauna has a very worried look on her face.

Keep up with Soap Opera Spy for all the latest Bold And The Beautiful news and spoilers.

The Bold and the Beautiful Spoilers: Flo Spots Evidence During A Conversation With…

The Bold and The Beautiful Spoilers: Sally Agrees To Treatment, But She Demands…

The Bold and The Beautiful Spoilers: Katie Blasts Donna For Suggesting She Forgive…